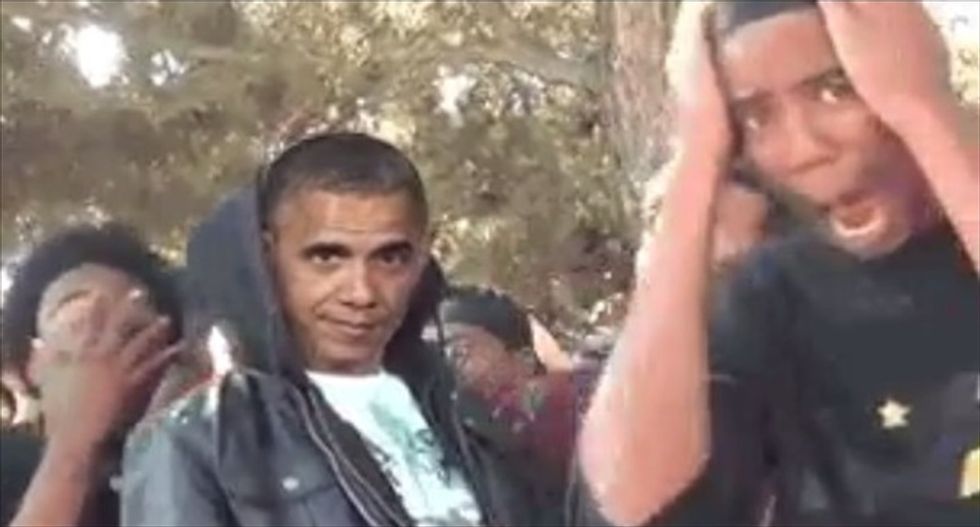 It was an ad-libbed line toward the end of the speech. But President Barack Obama's stiff rebuke to Republican hecklers quickly became the takeaway moment of Tuesday's State of the Union address.

"I have no more campaigns to run," Obama said, prompting sarcastic applause. In response, Obama shot back, "I know because I won both of them."

It might have been easy to miss, since network pundits -- perhaps smarting from Obama's remarks criticizing cable news outlets earlier in the speech -- largely ignored the remark.

Here it is again:

According to Mashable, the remark was the "most social moment" of the evening on Facebook. And the online aggregator Bipartisan Report demonstrated how quickly the joke spread online:

Journalist Elon James White's reaction to the joke alone was shared more than 8,000 times by 11:30 p.m EST that evening:

Below are more reactions: