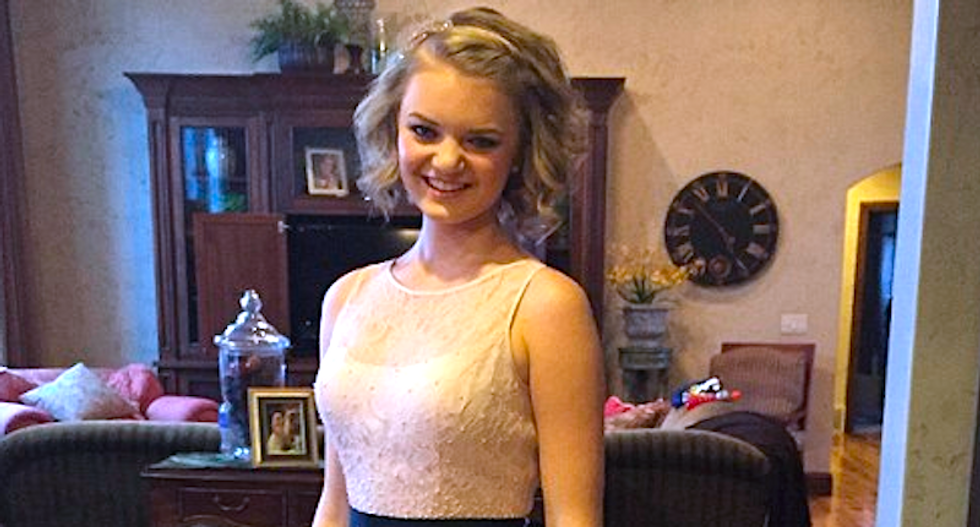 A Utah teenager said she was told to wear a coat or shawl over her dress at a school dance because her shoulders were exposed.

Gabi Finlayson said a representative from Lone Peak High School told her as she arrived that she must cover her shoulders, which were exposed by her sleeveless dress, reported KUTV-TV.

The teen said she was embarrassed and didn’t want to make a scene, so she went to her car to retrieve a winter coat that she wore during the event.

“Somehow my shoulders are sexualized -- like it's my responsibility to make sure the boys’ thoughts are not unclean,” said Finlayson, whose dress extended from just below her neckline to below her knees.

School officials said three other students were also told to cover their shoulders at the public high school’s Preference Dance.

Finlayson argues that her dress fit the guidelines set out by the school, which requires dresses to have at least a two-inch strap on each shoulder,

She and her mother, Kristy Kimball, said they are angry about the situation.

“Maybe instead of teaching girls they should cover themselves up, we should be teaching boys that we’re not just sex objects that you can look at and derive pleasure,” Finlayson said.