Backyard crows bring gifts to 8-year-old girl who feeds them: 'It's showing me how much they love me' 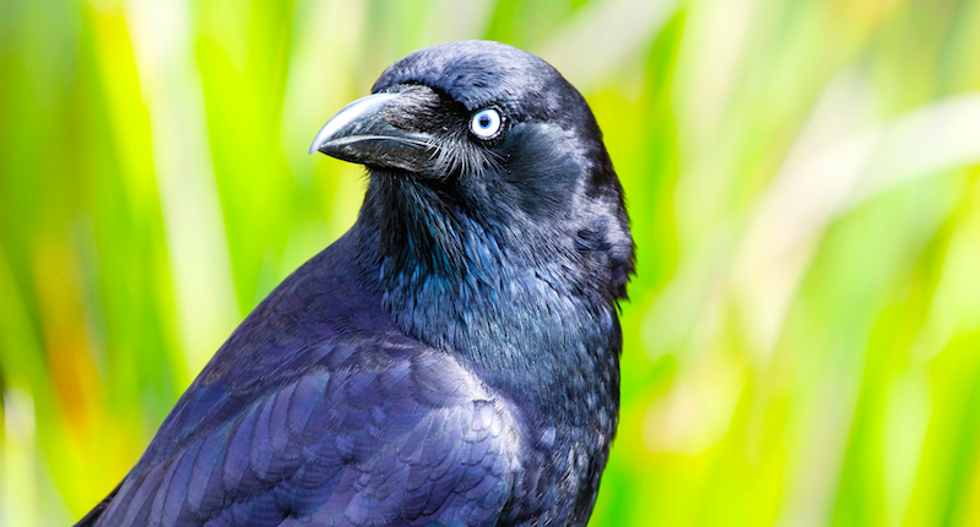 Every morning, 8-year-old Gabi Mann and her mother fill their backyard birdbath with fresh water and cover bird-feeder platforms with peanuts, and then toss handfuls of dog food into the grass.

Crows gather as they work, calling loudly to them, and then quickly clear nuts from the feeders.

Gabi said a bird once left behind part of a necklace with the word “best” printed on it.

"I don't know if they still have the part that says 'friend,’” she laughed.

The Seattle girl treasures the gifts, which she keeps catalogued by date and where the birds left the paper clips, Lego pieces, broken glass, and other baubles.

Gabi started feeding the crows by accident when she was 4 years old and prone to dropping food, the network reported.

The crows began watching for her – and the chicken nuggets and other goodies that sometimes fell from her lap – and she and her brother started sharing their lunches with the birds as Gabi got older and walked to the school bus stop.

"I like that they love the animals and are willing to share," said their mother, Lisa Mann.

Mann said she paid little attention to the crows until her daughter took an interest in them.

“It was a kind of transformation,” she said. “I never thought about birds."

She and Gabi began their daily feeding routine in 2013, and the gifts started appearing soon after.

"There's definitely a two-way communication going on there," said John Marzluff, a professor of wildlife science at the University of Washington. "They understand each other's signals."

Marzluff and a colleague, Mark Miller, have studied crows and the humans who feed them, and they found the two species can form personal relationships.

"If you want to form a bond with a crow, be consistent in rewarding them," he said, recommending shelled peanuts because they’re a high-energy food that makes noise when it hits the ground.

Marzluff said crows sometimes deliver gifts such as dead baby birds that they might give to a mate during courtship, although he admits he’s never personally received any crow gifts.

"I can't say they always will, but I have seen an awful lot of things crows have brought people,” he said.

She often photographs the crows and other birds, and she lost her lens cap in a nearby alley a few weeks ago while photographing a bald eagle.

When she returned home, the lens cap was sitting on the edge of the birdbath.

Mann checked video from the surveillance camera she set up to record the birds and spotted a crow bringing the lens cap into the yard, walking it to the birdbath, and then rinsing it off.

"It's showing me how much they love me,” she said.