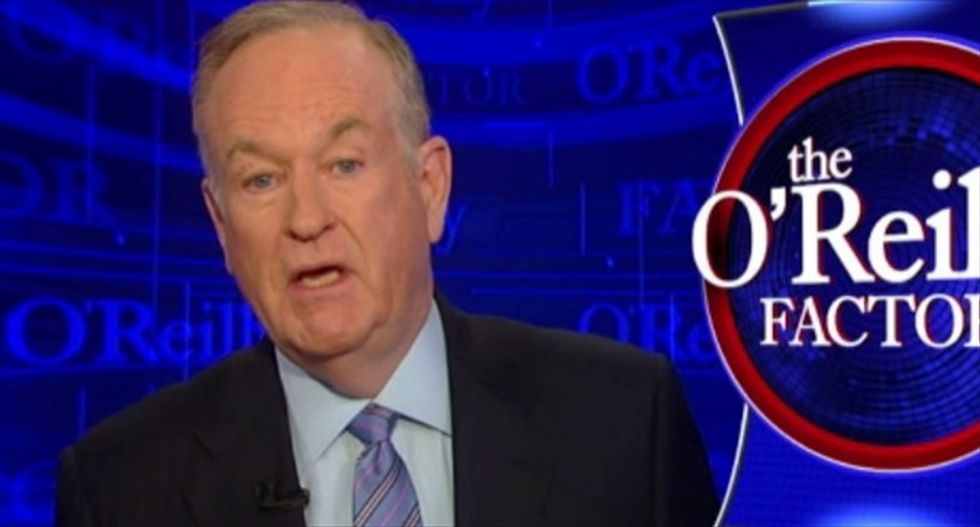 Fox News host Bill O'Reilly defended his reporting from Argentina again on Monday, talking to a former NBC News bureau chief who backed up his description of Buenos Aires as a "war zone" following the end of the Falklands War.

"Every single fact that I reported about this Falklands experience in Buenos Aires is true," O'Reilly insisted.

O'Reilly aired footage of the June 1982 riot in the Argentinian capital, which he covered for CBS News. He has repeatedly stated that he saw police shooting civilian protesters during that incident.

"With guns that fired tear gas and plastic bullets, the police opened fire," correspondent Erik Engberg could be heard saying over the footage. However, officers were not seen in the video actually firing at anyone. Engberg's statement also runs counter to O'Reilly's claim that police used real bullets to quell the unrest.

Don Browne, who oversaw NBC's coverage of the war and its aftermath, told O'Reilly that the city went from being "a joke" to a truly dangerous situation for reporters as Argentina's war effort broke down and the local populace turned against the military junta in power at the time.

The segment followed several accounts coming to light questioning O'Reilly's description of the June 1982 riot from the Argentinian capital after the country surrendered to England to end the conflict.

Mother Jones' David Corn wrote last week that O'Reilly has repeatedly inflated his account of working there, making it seem as if he was reporting from the front lines of the war instead of the capital, which was 1,200 miles away. The Guardian also reported that there have been discrepancies in public statements O'Reilly has given about the incident.

On Sunday, Engberg himself blasted O'Reilly, telling CNN that O'Reilly was not in a combat zone, despite his claims. He is one of seven CBS employees who have disputed the Fox host's version of events.

O'Reilly, who has repeatedly insulted both Corn and CNN while defending himself, steered clear of directly disparaging Engberg's experience on Monday, saying he did not know whether Engberg was also covering the riot. However, he said, Engberg was in the correspondents' hotel both when O'Reilly left to cover the unrest and when he returned.

"It was extremely violent where I was," O'Reilly said. "And we couldn't get casualty numbers because, as you know, it was a military dictatorship, and they don't give that to you."

However, Corn noted on Monday that according to Federico G. Lorenz, an Argentinian historian who has written about the war, no one was killed during the Buenos Aires protests.

"There were incidents at May Square and people slightly injured due to gasses and anti riot munition, but not dead people," Lorenz told the Washington Post. "Press from June 15, 1982, reports about 5 buses burnt 'many detainees and injured people.' One of the photographs shows precisely a wounded [person] lying surrounded by people."