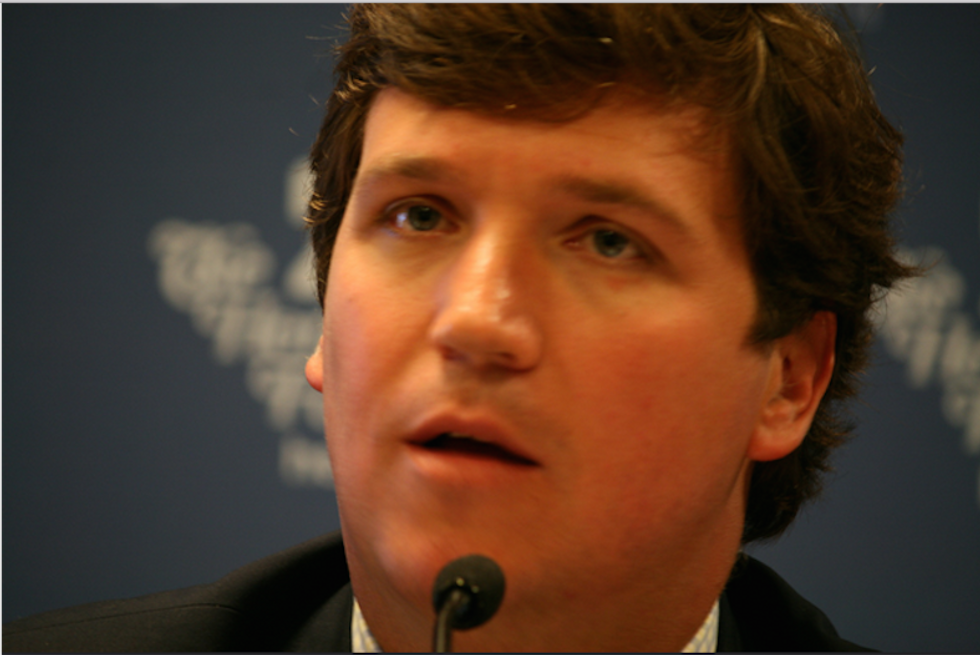 Ex-CNN and ex-MSNBC host, failed Dancing With the Stars contestant and current Fox News weekend warrior Tucker Carlson co-founded his conservative news blog the Daily Caller in 2010, but it's well past time to stop treating it like a legitimate news organ.

Teaming up with former Dick Cheney aide Neil Patel and a fat pile of donor money, Carlson rolled out the Caller just as a brace of other Republican vanity projects were going live, among them the Washington Free Beacon and Ben Shapiro's Truth Revolt, all vying to bring fresh perspectives on each news cycle's conservative outrage du jour.

Even in a field crowded chock-a-block with blazing incompetence and bombastic wrongheadedness (Friends of Hamas, anyone?), the Daily Caller has managed to excel at embarrassing itself.

We at Raw Story's Money-Sucking Lost Causes Desk would now like to offer for your perusal a few good reasons why someone should take the Daily Caller out behind the barn like Old Yeller and put the poor, sad thing out of our collective misery.

The latest Daily Caller flap centers around a completely berserk headline, published Wednesday, that read "Kill All The Jews And When That Is Done Kill Those That Refused To Defend Them.”

Carlson has airily dismissed the blast of incoherence as just an employee with a hangover. Damn, brah. What's your problem, dude? I mean, who hasn't called for genocide at work?

In 2013, the Caller sent a teenager named Gabe Finger as its representative to a White House press conference. The 16-year-old asked then-press secretary Jay Carney if President Barack Obama was personally providing security for George Zimmerman in the wake of the killing of unarmed teenager Trayvon Martin.

Carney replied that he assumed the state of Florida was competent to handle Zimmerman's safekeeping and that of his family.

"So they're on their own?" Finger demanded.

"You can editorialize all you want," Carney replied, "and I have no doubt that you will, but that is a ridiculous statement."

Rothstein was once the tireless purveyor of such crucial, paradigm-shattering facts and information as what song Sen. Mitch McConnell (R-KY)'s deputy press secretary sings at karaoke, which were interspersed with weirdly personal attacks on random citizens of the D.C. metro area, because, well, why not?

Then, at some point, somebody higher up the masthead noticed what a huge and growing "PLEASE SUE US" bull's-eye she was becoming and sacked her.

The Caller proved to be safe haven for Rothstein because nobody reads it anyway.

OBAMA USED HIS DAUGHTERS TO COVER UP HIS GAY MARRIAGE LIE 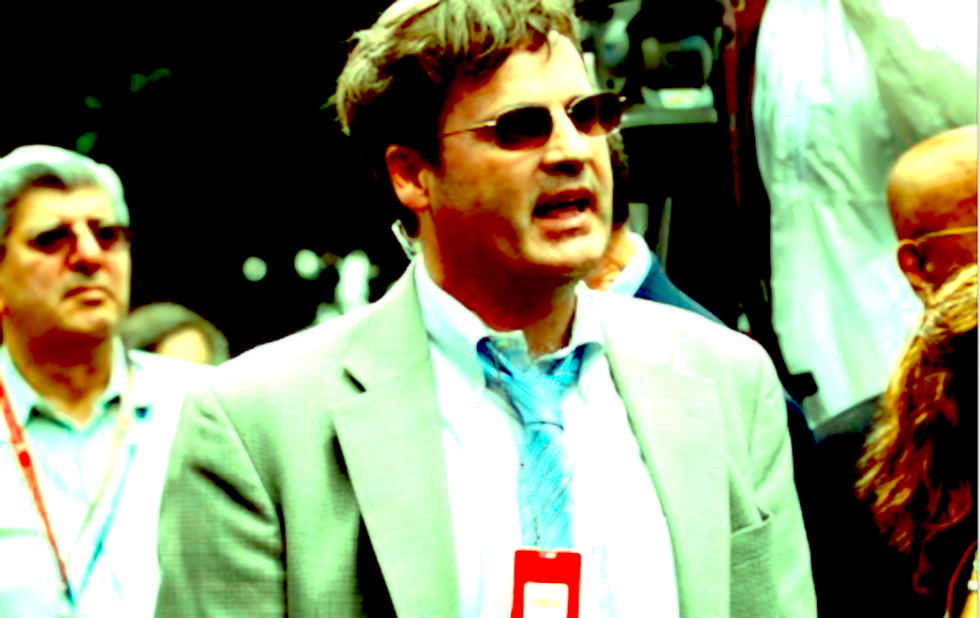 The Caller's White House Correspondent is one Neil Munro, who has somehow managed to claw his way to the top of a low-middle-circulation right-wing vanity website without ever learning the pre-kindergarten skill set known widely as "waiting your turn."

Munro heckled President Barack Obama during a Rose Garden speech about immigration in June of 2012, something no journalist had ever done in the history of the presidency.

Looking like a lost member of Duran Duran who had just staggered drunkenly away from a coke-and-Bloody Marys brunch with a pack of underage models, Irish expat Munro "(w)ith his hands in his pockets, his tie loosened and shirt open, and nary a pencil or reporter’s notebook," interrupted the president twice, said the Washingtonian.

The Atlantic accused Munro of "playing a reporter on TV."

"As Tim Fernholz points out, Munro is 'reporting' with his hands in his pocket. This is only slightly less bizarre than claiming to be doing carpentry while handcuffed, though ultimately more dangerous. Reporting is a manual act and the attempt to "get answers" ostensibly requires one to record them. That's what the other people in the picture above are doing. Munro is simply interrupting a guy trying to give a speech. It's worth taking a look at the video, in which you can see Obama answering Munro's question, and Munro recording none of it," recounted the Atlantic's Ta-Nehisi Coates.

Then, again, in 2013, Munro interrupted then-Sen. Chuck Schumer (D-NY) during a presentation about a bipartisan immigration agreement in the Senate.

Do Carlson and Munro have naked photos of administration officials in compromising positions? They can't possibly, because they would already have published them, we know that. Carlson has ably demonstrated that he has the journalistic scruples of day-old coleslaw.

So why do people keep letting Munro in with the rest of the press scrum? Why do we pretend the Daily Caller is a news outlet and not just another ugly tax sinkhole for Republican donor money?