Eric Holder slams Fox's 'radical Islam' obsession: Without it, 'they would have nothing else to talk about' 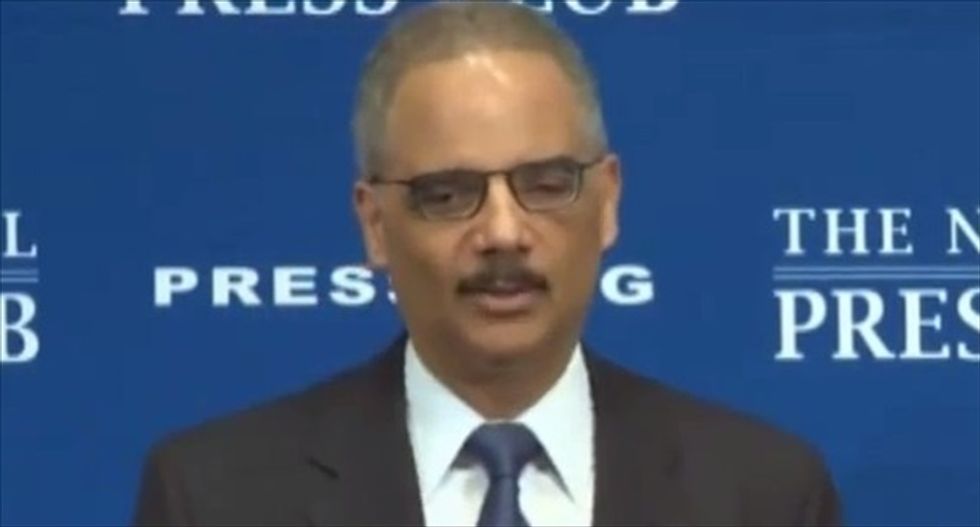 Attorney General Eric Holder fired back on Tuesday at Fox News for accusing President Barack Obama's administration of refusing to use the term "radical Islam."

"We spend more time, more time talking about what you call it, as opposed to what do you do about it, you know?" Holder said during an appearance at the National Press Club. "I mean really. If Fox didn't talk about this, they would have nothing else to talk about, it seems to me."

Holder argued that referring to incidents of violence as "radical Islam" or "Islamic extremism" did not alter how the administration handled any particular case.

"What we have to do is defined not by the terms that we use, but by the facts on the ground," he said. "So I don't worry an awful lot about what the appropriate terminology ought to be. I think that people need to actually think about that, and think about will we be having this conversation about words as opposed to what our actions ought to be? This is a difficult problem."

The remarks were part of a response to a question concerning criticism from both conservatives and the U.S. Muslim community. While conservatives attack the White House for not addressing "radical Islam," the questioner noted, Muslims are worried about their community being mischaracterized.

"Whenever you're getting criticized by both sides, it probably means you're probably getting right," Holder said.

Watch Holder's remarks, as posted online on Tuesday, below.