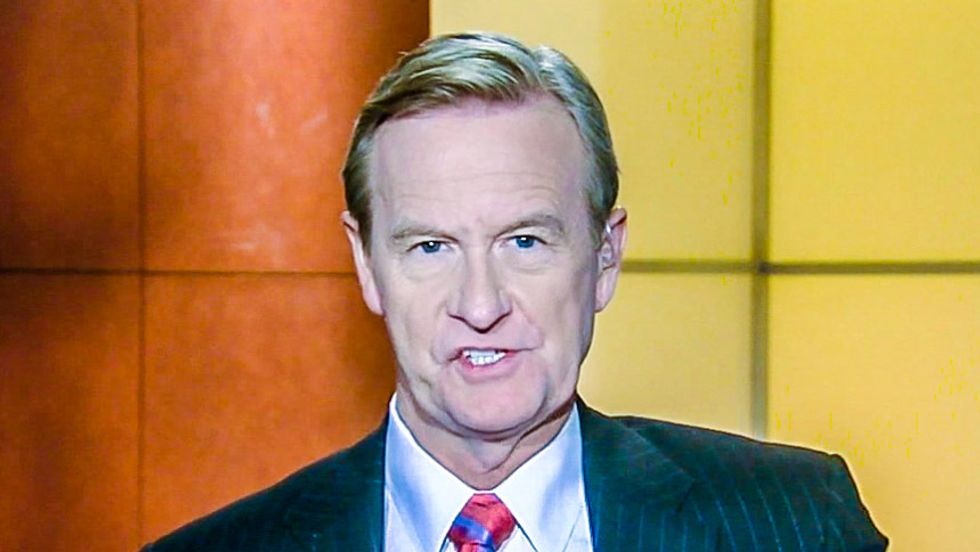 Fox News contributor Dr. Robert Jeffress, who is head pastor of one of the most prominent megachurches in Texas, insisted on Monday that Jesus would not have wanted his church to promote health insurance that provided comprehensive birth control coverage for women.

Host Steve Doocy pointed out on Monday's Fox & Friends that the Department of Health and Human Services had recommended that churches encourage their members to get coverage under the Affordable Care Act before the end of the open enrollment period.

A press release from the Washington, D.C. insurance marketplace even quoted the Bible: "The body is a temple and must be ensured."

Doocy asked Jeffress to explain why he "refused to partner with Obamacare."

"You know, when most people come to church, they come to hear a timeless word from the Lord, not the latest word from Washington, D.C.," Jeffress opined. "And I realize that many bureaucrats confuse themselves with the Almighty, but there really is a difference between the two."

"The problem I have with this is Obamacare is not an idea or a suggestion, it's a governmental mandate, and if you don't participate, you get fined. If you don't pay the fine, you go to jail. And I just don't think the Church of Jesus Christ ought to be an extension of the federal government to enforce it edicts."

Doocy said that the "political left" often charged that conservative policies "were a violation of the separation of church and state."

"So, now the state is asking the church, 'Hey, we need to boost these numbers, you got to help us,'" the Fox News host quipped.

"That's right," Jeffress agreed. "And I want to remind people that many of us have a problem with Obamacare because it provides for abortifacients, abortion-inducing [birth control] drugs. In fact, it's not just secular employers, this administration was trying to push religious organizations to provide abortion-inducing drugs, and they would have done so if the Supreme Court hadn't slapped their hand in the Hobby Lobby case."

"I think people do need health care," the pastor added. "The body needs to be more than insured, it needs to be protected against destruction and death. I just think it is ironic that the most pro-abortion administration in history would cite a [Bible] verse that extols the virtue of life."

The Fox & Friends segment did not mention that the DHS "Second Sunday & Faith Weekend of Action Toolkit" proposed that churches put on a health insurance fair on December 14, 2013 -- which was over two years ago.

Qanon followers have become convinced that Washington, D.C., has been "dissolved" ahead of the purported re-inauguration of former president Donald Trump.

Some conspiracy theorists believe the former president will be restored to power Thursday, on the March 4 date that had been Inauguration Day until the 20th Amendment was passed in 1933 and established that date as Jan. 20, and they're pointing to the absence of "D.C." on Google and Apple maps to support their clams, reported Newsweek.