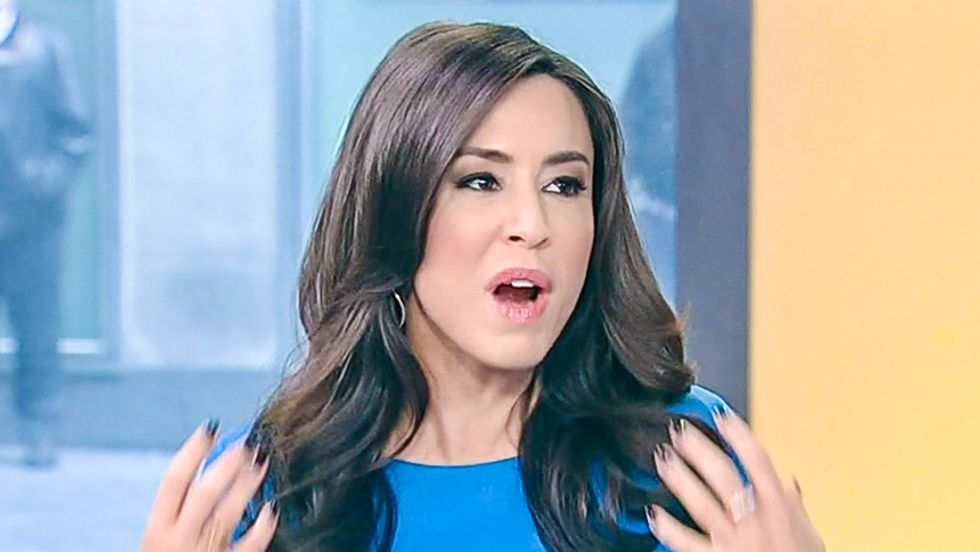 Fox News host Andrea Tantaros on Thursday suggested that high school advanced placement (AP) history courses -- and in fact, the entire Department of Education -- should be cut because children were being taught "meaningless liberal crap."

Earlier this week, Republicans on Oklahoma's House Common Education Committee pushed through a bill that would slash funding for AP history courses. Conservative lawmakers argued that the current curriculum, which is required by the College Board, exposed too many of the country's flaws -- like slavery and the treatment of Native Americans.

"We don't want our tax dollars going to a test that undermines our history," GOP state Rep. Dan Fisher told the committee.

"There really shouldn't be public schools," Fox News host Kennedy Montgomery opined on Thursday's edition of Outnumbered. "I mean, we should really go to a system where parents of every stripe have a choice, have a say in the kind of education their kids get. Because when we have centralized bureaucratic education doctrines and dogmas like this, that's exactly what happens."

"I think we have to teach our students about the good, the bad and the ugly," he remarked. "We don't need to sugarcoat everything and tell them America was always wonderful. And we don't need to make it look like Americans should be apologizing for every bad thing they've ever done. I think children should be raised knowing that their forefathers made mistakes too."

"And we learn, and we hopefully advance and do better," Ferrer said.

But Tantaros opined that the country would be better off if the Department of Education was abolished and Fox News pundits were put in charge of curriculum decisions instead.

"You know how I feel about the Department of Education and government bureaucracy and Washington, D.C. dictating what kids should be taught," she explained. "I think it's ridiculous. I agree with you on the charter school push, I wish there was a push where parents could have more choice."

"And it seems to me that the universities have always taught this sort of 'Let's apologize for all of the wrongdoing and the boar-headedness -- boorish behavior of the United States of America,'" she continued. "It seems that's trickling down to our kids' level. And that is a problem."

"We are so behind so many countries in math and science. They are not even getting the basic education because they are getting this meaningless liberal crap everyday!"

Co-host Harris Faulkner pointed out that there were "unfortunately" some negative events that could not be avoided in history class. But she said that those negative events had more "stickiness in our brains."

"We just remember the bad more," she insisted. "You know, so to mix in good and maybe balance that out, I think it's excellent. It's not a bad thing."

Watch the video below from Fox News' Outnumbered, broadcast Feb. 19, 2015.