Fugelsang explains Stewart to CNN: 'Liberal is not defending Democrats, it's going after all sides' 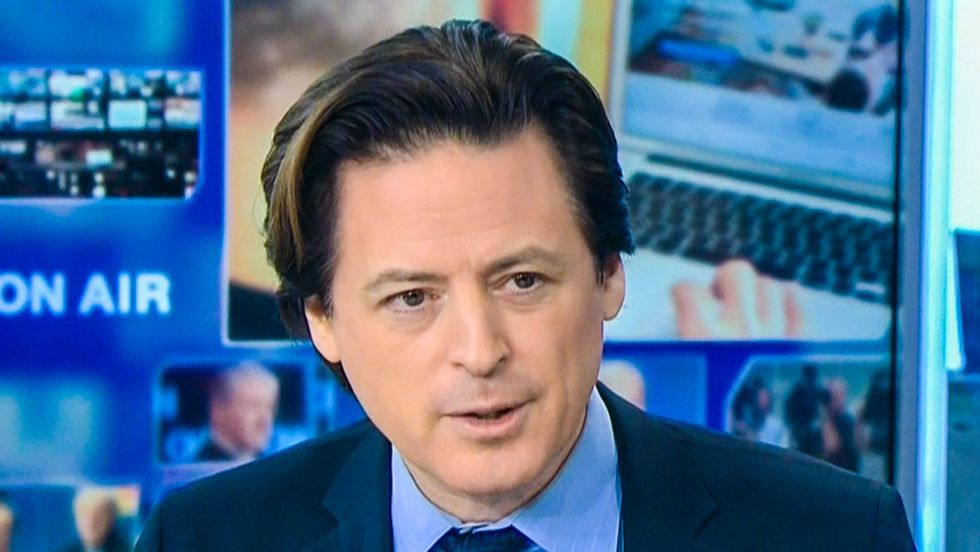 Comedian John Fugelsang explained over the weekend that liberals had a duty to go "after all sides in power and questioning all authority" instead of just defending Democrats.

During a CNN discussion about who would be the counterweight to Fox News after Jon Stewart leaves as anchor of The Daily Show later this year, Reliable Sources host Brian Stelter nominated Fugelsang, who currently hosts a radio show on SiriusXM.

"We need the regular media to hold Fox News accountable, in my opinion," Fugelsang pointed out. "I don't know why CNN doesn't go after them more."

"The idea that Jon Stewart did only liberal-oriented stuff is wrong," investigative journalist Carl Bernstein noted. "He went after the left. He went after political correctness."

"It is wrong," Fugelsang agreed. "However, I would submit to you, Carl, that is liberal. Liberal is not defending the Democratic Party. It's going after all sides and power and questioning all authority."

"It's not that there's a liberal counterweight to Fox. John didn't go for liberals on the show. Liberals already get their news from a variety of sources. He went for the millions of Americans who identify with liberal positions, but choose to not identify themselves as liberal."

He continued: "The Fox News definition of the word has overtaken the dictionary definition of the word. So what Jon Stewart and The Daily Show did -- along with Colbert, along with Maher, along with Wilmore -- was reach out to those people who aren't necessarily news junkies, but who do agree with progressive taxation, with marriage equality, with not locking people up for smoking marijuana, and use entertainment first, preaching to us last. And make it a fun show, and that's the way you beat Fox News."

Fugelsang said that political comedy should always be "attacking up, you have to be attacking those in power."

"And ridicule is a powerful tool of satirists to take on those in power," he remarked. "And again, this is not defending the Democratic Party. To their credit, they went after Democrats almost as much as after Republicans when they deserved it at least."

"If they hire someone who is just a great joke teller, it will still be a funny show, it will lose its social relevance. I want to see them still be a media watchdog as well as a watchdog of the two party system."

"We're in an age where we trade information for access," Fugelsang agreed. "And all too often in some media outlets, they don't want to ask the tough questions because they're afraid of losing the booking. By being a comedy show first, you can take those on because you care about the truth and getting the laugh more than getting the return booking."

Watch the video below from CNN's Reliable Sources, broadcast Feb. 15, 2015.