George Will advises Scott Walker on evolution: When asked if you believe, 'you answer yes!' 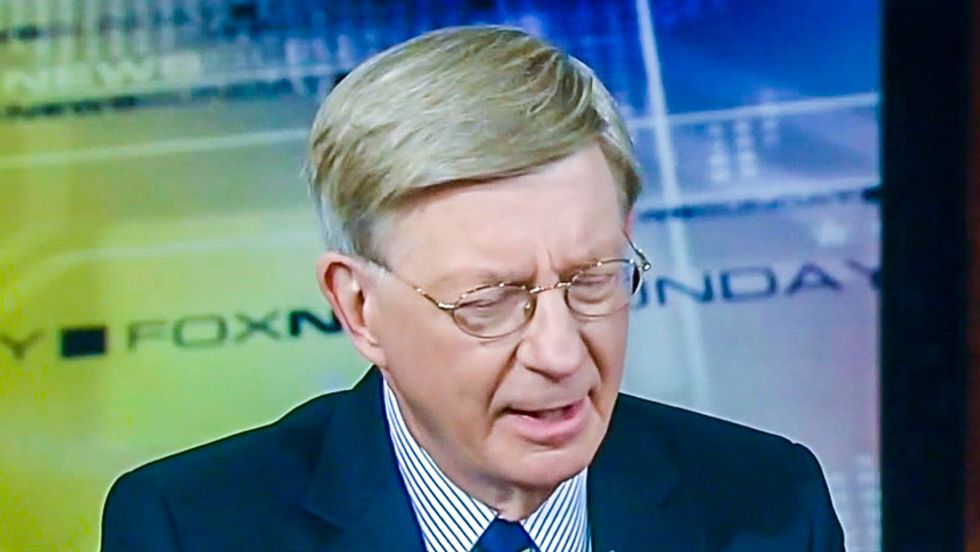 Conservative columnist George Will on Sunday recommended that potential Republican candidates like Wisconsin Gov. Scott Walker should always answer "yes" when they are asked if they believe in evolution.

During a panel discussion on Fox News Sunday, guest host John Roberts pointed out that Scott Walker had recently been questioned about former Mayor Rudy Giuliani's claim that President Barack Obama did not love America.

"The White House doesn't mind this conversation in some ways because it allows them to sort of paint the opposition as being so extreme that they look more reasonable in their view," New York Times reporter Peter Baker explained.

Will suggested that Walker had made a mistake when he failed to disagree with Giuliani. And the Washington Post columnist linked that to the Wisconsin governor dodging a question on evolution in the United Kingdom earlier this month.

“I’m going to punt on that one," Walker had said when a British television host asked him if he believed in the theory of evolution.

"Certain questions, that if you're going to answer them at all, you answer them 'yes'!" Will recommended on Sunday. "Do you believe in evolution? Yep! Is the president patriotic? Yes!"

"And then go on to something else."