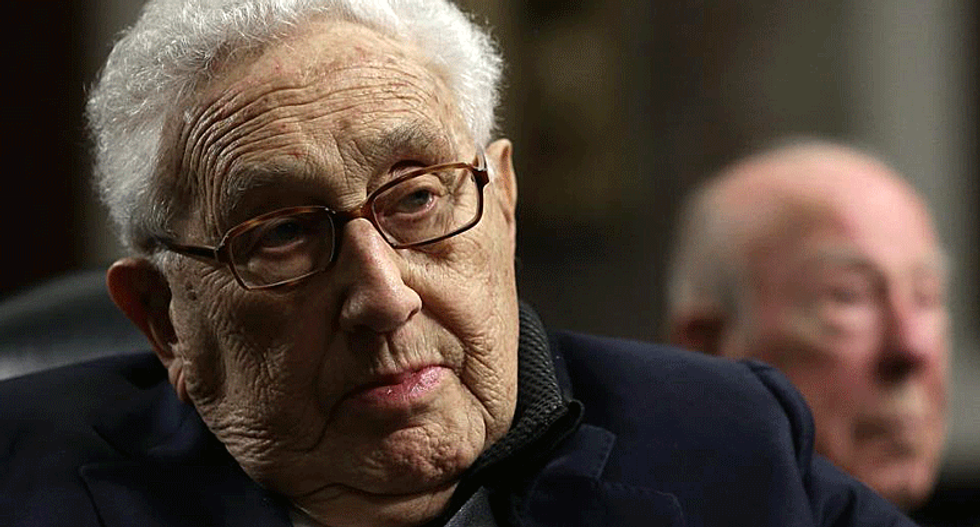 President Barack Obama inspired a great deal of debate when, in December, he asserted that it was time for the United States to begin to normalize relations with Cuba and start loosening the embargo that has been in effect since the early 1960s. And many hard-right Republicans and neocons, from Texas’ Ted Cruz and Florida’s Marco Rubio in the U.S. Senate to House Speaker John Boehner, have been vehemently critical of Obama’s stand. Boehner has insisted that “relations with the Castro regime should not be revisited, let alone normalized, until the Cuban people enjoy freedom,” and Cruz has maintained that because Fidel and Raul Castro are “brutal dictators,” the embargo must remain. But given the United States’ long history of supporting one fascist dictatorship after another in Latin America, the embargo of Cuba has been the height of hypocrisy on the U.S.’ part. While it’s true that Amnesty International has often been critical of the Castro regime over the years, many of the other Latin American dictatorships that Amnesty International has criticized have been U.S. allies—and Cuba has hardly had the market cornered on human rights abuses in Latin America.

Below are seven of the worst fascist regimes in Latin America that the U.S. enthusiastically supported.

In 1970, socialist Salvador Allende was democratically elected president of Chile as the leader of the Unidad Popular (a coalition of leftist parties). Allende had been in office for three years when far-right forces in the Chilean military staged an armed insurrection with the help and encouragement of the Central Intelligence Agency (CIA) and the Richard Nixon Administration (Allende, who evidently committed suicide by shooting himself, was found dead in the presidential palace in Santiago on September 11, 1973). A U.S.-backed military dictatorship under Gen. Augusto Pinochet (a fascist greatly influenced by Spain’s Gen. Francisco Franco and Italy’s Benito “Il Duce” Mussolini) came to power, and thousands of Allende supporters were killed and tortured during Pinochet’s reign of terror. Not until 1990, after 17 years of fascist rule, was democracy restored in Chile.

For decades, the U.S. supported harsh military dictatorships in Guatemala, and its reasons for doing so can be summed up in three words: United Fruit Company. The UFC, a huge American corporation, made considerable profits from fruit plantations in various Latin American countries, including Guatemala—and when Guatemalan President Jacobo Árbenz (who won by a landslide in Guatemala’s 1951 election) pushed a program of agrarian reform, the UFC lost some of the uncultivated land it had in that country. Árbenz was popular among indigenous Mayans but very unpopular with the UFC, which lobbied the U.S. government to remove him from power. The UFC got its way: in a coup orchestrated by the U.S. State Department and the CIA, Árbenz’ democratically elected government was overthrown in 1954 and replaced by the repressive military dictatorship of Col. Carlos Castillo Armas. And the U.S.-backed military regimes that followed Armas’ assassination in 1957 proved to be even worse. Tens of thousands of Guatemalans were slaughtered by fascist military forces and far-right death squads in the 1960s, 1970s and 1980s.

The CIA/State Department-orchestrated overthrow of Árbenz in 1954 might have been great for UFC profits, but it led to considerable bloodshed in Guatemala.

The fascist regimes of Mussolini in Italy and Franco in Spain became the blueprint for a long list of fascist dictators in Latin America, from Juan María Bordaberry in Uruguay to Tuburcio Andino in Honduras to Fulgencio Batista (another U.S. ally) in Cuba. And the Mussolini/Franco model of governing was also a major influence on the Somoza dynasty, which ruled Nicaragua with an iron fist for decades and did so with the blessing of the U.S. government. Torture was the norm under the Somozas.

In the late 1920s and early 1930s, revolutionary Augusto Sandino led a rebellion against U.S. military occupation of Nicaragua; Sandino’s assassination by Nicaraguan National Guard forces under Gen. Anastasio Somoza, Sr. in 1934 was followed by the long-lasting rule of the Somoza family—which, in 1979, was overthrown by the Sandino-influenced Frente Sandinista de Liberación Nacional (FSLN) or Sandinista National Liberation Front . The Somozas were close allies of the U.S., and although so-called “free elections” were held in Nicaragua during the Somoza years, the reality is that the Somozas operated a U.S.-backed military dictatorship with little in the way of checks and balances.

After coming to power in 1979, the FSLN went from being an armed insurgent movement to being an actual political party and have since competed with other parties in Nicaraguan elections. The Sandinistas were detested by the Ronald Reagan Administration and the CIA, who aggressively supported the Contras (a rightist coalition that included remnants of the Somoza regime) in their efforts to overthrow the new government. Reagan often denounced Sandinista President Daniel Ortega as heavy-handed and dictatorial, which was truly ironic in light of the cozy relationship the U.S. had with the Somozas for many years.

Like its neighbor Guatemala, El Salvador has a very painful history—and one of the most painful parts is the civil war that lasted from 1979-1992. During those 13 years, a U.S.-supported military junta wasn’t shy about using death squads and torture in its efforts against the leftist guerillas of el Frente Farabundo Martí para la Liberación Nacional or FMLN. The same American politicians who insisted on maintaining a boycott of Cuba had no problem with supporting the Salvadoran junta, which did not except U.S. citizens from its brutality: on December 2, 1980, three American nuns (Dorothy Kazel, Maura Clarke and Ita Ford) and American lay missionary Jean Donovan were kidnapped and killed by one of the death squads while doing charitable work in El Salvador. Donovan had, in March 1980, attended the funeral of Archbishop Óscar Romero, a Catholic priest who was assassinated after being critical of the junta—and to the death squad’s members, that alone made all of the women enemies. But despite the killings of Romero, Donovan, Clarke, Kazel, Ford and countless others, U.S. support for the junta continued under presidents Ronald Reagan and George H.W. Bush, Sr. And by the time a ceasefire was declared in 1992 (when the FMLN became a legal political party), thousands of Salvadorans had been killed and/or tortured.

The military junta that ruled Argentina from 1976-1983 was infamous for its human rights abuses: an estimated 30,000 people were killed. And one U.S. politician who was on very friendly terms with the junta, according to declassified U.S. State Department documents, was Henry Kissinger (secretary of state during the administrations of Nixon and Gerald Ford). Meeting with Argentina’s foreign minister, Admiral César Augusto Guzzetti, in 1976, Kissinger assured him that he could count on U.S. support. Kissinger obviously knew what type of brutality the junta was capable of, but he didn’t care: like so many other U.S. politicians during the Cold Way, he had no problem with butchers in Latin America as long as they were staunchly anti-communist.

When the policies of Bolivia’s socialist president, Juan José Torres, angered the Nixon Administration in the early 1970s, the U.S. helped to overthrow him and install the fascist military dictatorship of Gen. Hugo Banzer. The Banzer regime lasted until 1977, and during Banzer’s rule, torture and false imprisonment were common. Torres fled Bolivia after the coup and settled in Argentina, where he became one of the early casualties of the Dirty War: in June 1976, Torres was kidnapped and killed by one of the Argentinean junta’s death squads.

Torres’ killing was part of Operation Condor, an unholy alliance of fascist forces and military juntas whose stated goal was to eradicate any type of Marxism in South America. Pinochet, Guzzetti, Banzer, Bordaberry and Paraguayan dictator Alfredo Stroessner were all participants in the program, which the CIA enthusiastically promoted.

Gen. Alfredo Stroessner, who was in power from 1954-1989, was a strident anti-communist—and that was enough for the U.S., which pumped millions of dollars into his regime in the 1950s and 1960s and had a close relationship with the Paraguayan military for many years. Torture, kidnappings and other human rights abuses were common under the Stroessner regime, which authorized Pastor Milciades Coronel (who oversaw Stroessner’s secret police) to commit numerous atrocities. In 1975, Stroessner even listened on the phone while Miguel Soler, head of the Paraguayan Communist Party, was being dismembered with a chainsaw by Coronel’s policía secreta.