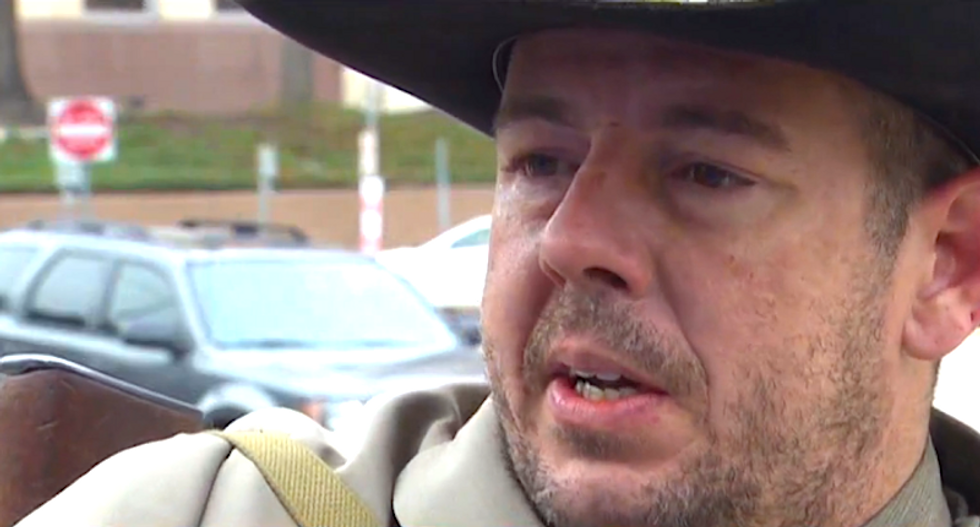 A Texas police chief belittled an open carry activist who claimed there was an easy way to determine who was a “bad guy” with a gun.

Chris Hall spoke out last month during a rally at the statehouse organized by Come and Take It – Texas, saying there’s little reason to fear someone openly carrying a gun around in public.

"That person's never been a police officer and never been shot at," Hunt said. "That's what I would have to say to that person."

The Senate State Affairs Committee approved open carry and campus carry on Thursday, but one prominent pro-gun activist said it didn’t matter to him what lawmakers decided.

"Go against my God-given rights, I will continue to walk around with an AK-47," said Kory Watkins, of Open Carry Tarrant County, who made news earlier this month for apparently threatening legislators in an online video.

Watkins would not be permitted to legally carry an unconcealed handgun if legislators require a permit, because he has multiple misdemeanor arrests and pleaded guilty in 2000 to stealing subwoofer speakers and dozens of CDs when he was 17.

Hunt admitted that concealed carry did not create some of the problems that police feared, and he said officers would adjust if open carry is passed.

"It clearly is going to make our job different and more difficult, but not something that we can't live with," he said.

"As a police chief trying to keep two and a half million people safe, I'm just opposed to inserting more guns into a situation that I feel like could cause more harm,” said Houston Police Chief Charles McClelland.

That’s basically the same argument made by Moms Demand Action for Gun Sense in America, which opposes open carry.

“I don't want to raise any alarm with anyone,” said Gardner, who owns Top Gun Shooting. “If there's a bad guy in the room I don't want him to know I'm the guy that's armed, that I'm the guy he has to address first. I'd just assume be concealed. It gives me the drop.”