Indiana cop pulverized girlfriend’s face by firing blank round at her through glass door: police 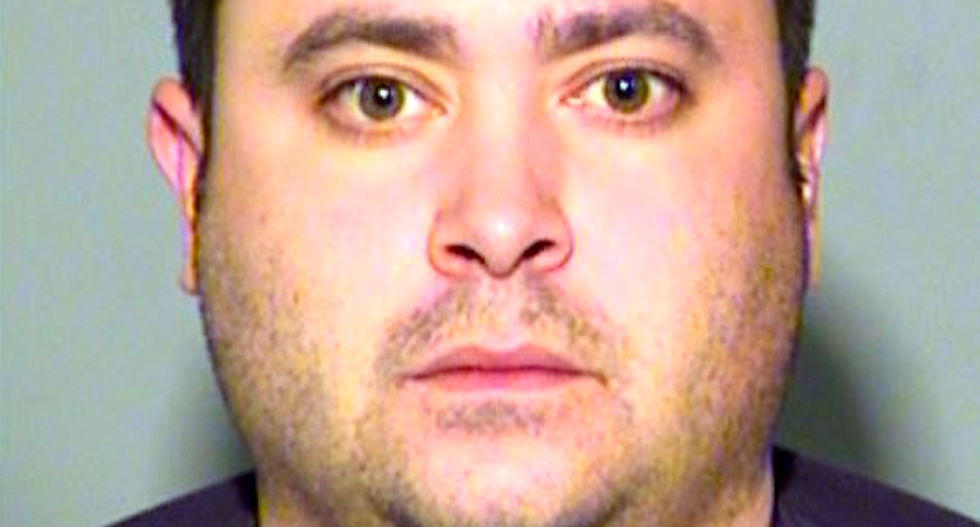 A veteran Indianapolis police officer was arrested Friday after investigators said he tried to kill his girlfriend nearly six months ago.

Officer Justin Beaton is accused of trying to shoot Nikki Payne, the mother of his infant child, during an Aug. 30 assault that left her with multiple serious injuries, reported the Indianapolis Star.

Police said Payne was hospitalized with broken facial bones and teeth, and she was also treated for wounds to her lips, tongue, face, and throat.

Beaton told nurses that Payne was injured when a steel bed frame he was carrying crashed through a window and struck his girlfriend in the face, but medical providers were suspicious.

The officer declined to speak with investigators at the hospital, saying he had to take his 7-week-old child to the child’s grandparents’ home for medication, and police allowed him to leave but told him to return.

Beaton became angry after he returned and was blocked by police from entering Payne’s hospital room, but officers reminded him that he should understand an investigation was underway.

Payne initially confirmed his account, but she recanted Feb. 16 and told police Beaton had shot her with a handgun she believed was loaded with blank rounds -- which use about as much gunpowder as a normal load but do not fire a bullet.

She told police that Beaton had been drinking before he decided to try out a snub-nosed revolver he had bought earlier in the day.

The officer loaded the weapon with what she believed were blanks and fired the gun from the other side of a glass door, Payne told police.

Payne told police that Beaton had pointed a handgun at her before, when she was pregnant with their child.

“He's very, very sloppy with his weapons," Payne told police. "He was -- it was out, cleaning it or something, and I said, 'Will you please take that in the other room,' and he said, 'Oh, there's nothing in it, see, look,' and pointed it at me and pulled it."

Payne told police that she decided to come forward because Beaton had started drinking heavily again, and she said the officer chased her around the house with a bottle after she tried to take it away.

She told police that she feared Beaton would try to kill her for reporting the abuse.

"I don't think he's a person that should be on the streets,” Payne said.

Beaton was charged with attempted murder, domestic battery in the physical presence of a child, pointing a firearm and obstruction of justice.

The officer, who was suspended without pay, was previously accused of using excessive force in May after kicking a suspect who was lying on the sidewalk.

An internal investigation into that incident was completed, but police have not reported their findings.