Jon Stewart hammers Fox News' non-stop anger: 'Even watching it is killing me' 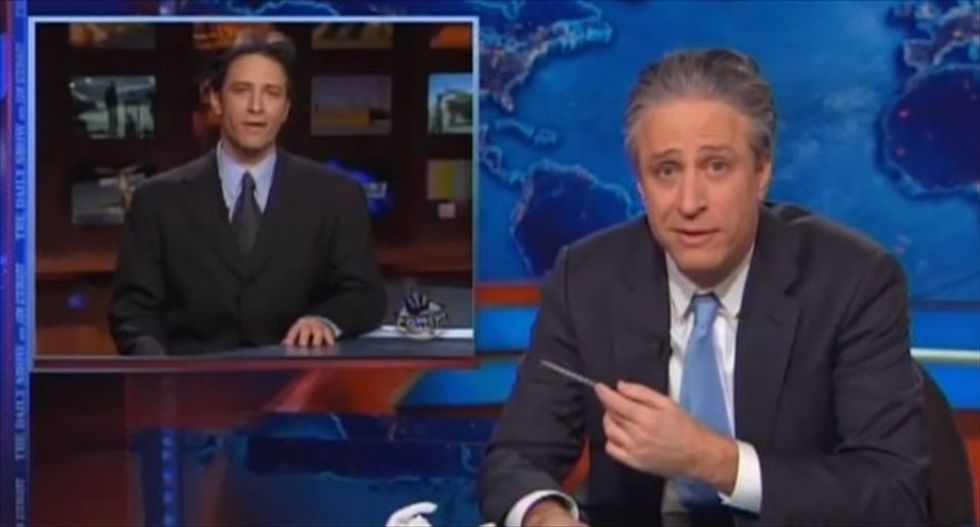 "Take it from someone who's been watching what they do for a blessedly almost over 16 years or so," he said. "Their chronically angry war for ideological purity, where every aspect of life becomes a two-dimensional battle for America's soul, it ages you. Even watching it is killing me."

After showing clips of Fox personalities and radio host Rush Limbaugh rushing to diminish his legacy after announcing his departure from the show, Stewart compared their effect on the government they claim to want to protect to a 4-year-old's tantrum over eating at their favorite restaurant.

Stewart singled out Megyn Kelly's complaint earlier this month that he was "not a force for good" as his tenure went on.

"'Not a force for good'? I can handle that," Stewart conceded. "But Megyn -- 'in his later years'? I am only 52. I've got 4 to 5 productive years left, and then about 10 to 15 that are mostly ehhh, and then, I guess, the last 4 or 5 angry confused years. Or as they're sometimes referred to, the Fox News viewer demo years."

Watching the show for so long, he said, had aged him.

"This was me at the start of tonight's show," Stewart said, pointing to a picture of himself from early on in his Daily Show tenure. "And if you think that's a lie, I've got a Vine video I want to show you."

The video in question showed 50 Fox "distortions" in a 6-second clip. The show also posted the video on its Twitter account:

"Plenty more where that came from," he said. "We only have a 22-minute show."

Watch Stewart's commentary, as posted by Crooks & Liars on Wednesday, below.