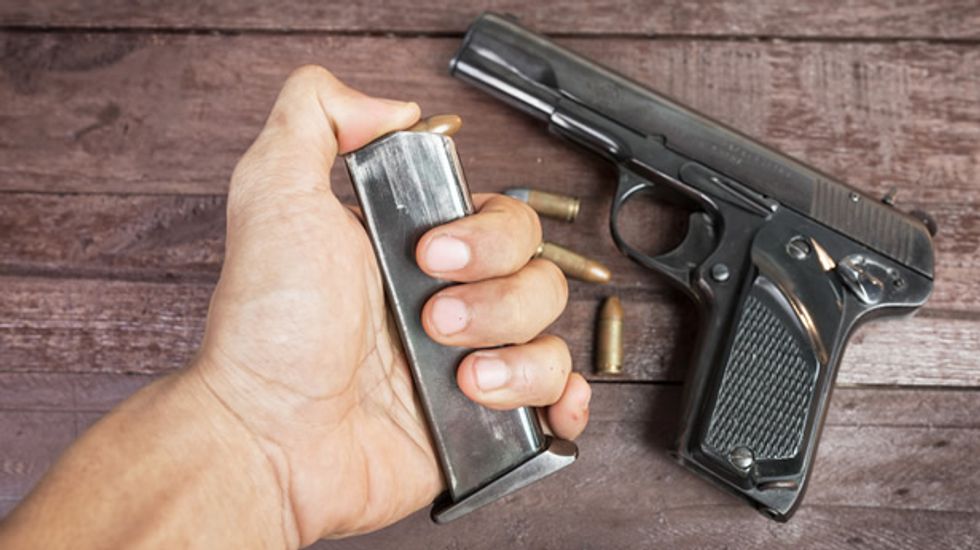 Police said on Tuesday they were searching for at least one suspect in the fatal shooting of a woman in Las Vegas in an apparent road rage incident.

Tammy Meyers was shot in the head by the occupant of another vehicle after a near-collision that caused an argument on Thursday night, Las Vegas Police Lieutenant Ray Steiber said at a press conference.

The 44-year-old mother of four died two days later after being taken off life-support.

Meyers was driving home from her daughter's school where she had been giving the girl a driving lesson in the parking lot, when she was almost involved in a traffic accident with another car, police say.

She and her daughter then drove to their home a few miles from the famed Las Vegas Strip, and Meyers summoned her 22-year-old son, who was armed with a gun, to go out with her in search of the other car's occupant, Steiber said.

Meyers found the suspect and followed the car before heading home, Steiber said. The suspect then came to her street and opened fire as Meyers exited her car. Her son returned fire.

"I would never say that anybody went looking for trouble, but unfortunately I can't ask Tammy what was in her mind," Steiber said.

"At this point in time, Tammy is a victim," he added.

So far no suspects have been identified in the attack and authorities have been unable to issue a definitive description of the vehicle involved, saying only that it was believed to be a silver or gray four-door sedan with possible damage to the front end or bullet holes.

Meyers' husband has told the Las Vegas Review-Journal newspaper that there were three men in the suspect vehicle and that at least one of them threatened his wife after the near-collision.

The Review-Journal said family members described Meyers as a former nurse from California turned stay-at-home mother who had recently become a grandmother.