Men's shorts are getting shorter -- and should be worn with pride 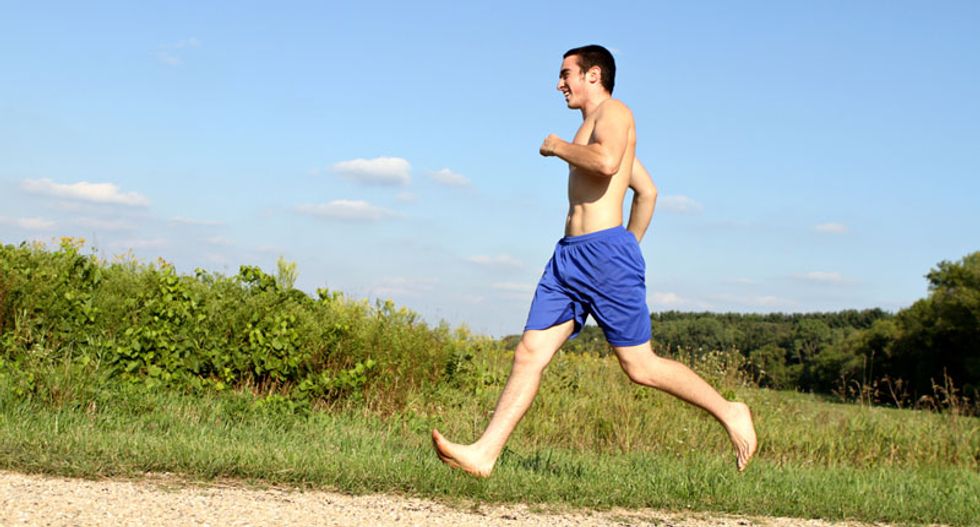 Late 2014 saw the rise of a new fashion norm for men: above-the-knee shorts. Last year several articles circulated online featuring must-have shopping guides for men in 2014. Almost all of them have insisted that below-the-knee shorts for men are outdated. Buzzfeed called it “the summer of short shorts".

According to the Wall Street Journal, men’s shorts have been progressively getting lot shorter and more form-fitting for years.

In the past few years, the low-water-mark length of a 15-inch-or-so inseam receded to knee-length (11 inches), then a knee-baring 9 inches, then to a quadriceps-exposing 7 inches and on to the newly fashionable thigh-flaunting 5 inches. If men’s shorts were a glacier in Greenland, scientists would be freaking out.

The Daily Mail declared inseams are currently at their trendiest when between five-and-a-half and eight inches – instead of the previously trendy 11 inches that were popular for the past two decades.

The modern fit is more tailored and less tight than the short shorts of the 70s and 80s. Many male celebrities are being applauded on Entertainment gossip blogs for their public commitment to short shorts. Pharell Williams, Cristiano Ronaldo, Zac Efron and Penn Bagdley (just to name a few), have all validated their commitment to this newer length shorts with numerous snaps of their street style going viral.

Considered by most to be the pinnacle of the fashion calender, Paris and Milan’s fashion weeks both featured male models sporting above-the-knee shorts.

Even walking around Melbourne, I have noticed that recently men of all demographics (myself included) seem to be wearing shorter and shorter hem lines. Why short shorts? And why now?

Short shorts are making a comeback – and yes, it’s political.

To answer this question we need to look to fashion history and in particular at the last time raising the hemline caused a political stir.

The miniskirt revolution of the 1960s lifted dresses and skirts to new heights. This risky attitude to hemlines turned fashion on its ear and signalled the beginning of a new movement of women’s liberation.

Women no longer needed to follow the dress protocols determined by morality and etiquette – which most saw as a patriarchal double standard. This new approach to fashion matched the political viewpoints of the women’s liberation movement and short skirts became a symbol for the expression of 1960s feminism.

The mini was inseparable from women’s lib.

In a similar way, since the early 2000s the profile of the gay liberation movement has been rising. There has been great progress for Gay, Lesbian, Bisexual, Transgender, Intersex and Queer (commonly referred to as GLBTIQ) rights since this period.

This includes the repeal of don’t ask don’t tell in the US, the ever growing list of countries to introduce same sex marriage reform, and the cornerstone gay rights speech made by US President Barrack Obama at his inaugural speech.

A short story about gay liberation

Short shorts have long been associated with boyishness and some have understood them as a symbol of weakness.

In the 19th and early 20th centuries shorts were considered outerwear only to be worn by juvenile boys. Grown men did not wear shorts to avoid looking immature and being perceived as weak.

Since the second world war, when shorts were uniform for soldiers serving in tropical locations, shorts worn by adult men have become quite normal, especially in summer weather.

But the perception of above-the-knee shorts as being only for young boys has taken several decades to change. The 1980s saw the emergence of men’s short shorts and since then there has been a slow but steady rise in their popularity. Longer, baggy relaxed shorts were popular for a stint in the 1990s but now, it is more tailored shorts that are in vogue – and shorter shorts.

Caricatures of gay people have involved shorty shorts for as long as I can remember. Growing up, the shorter my shorts the more homophobic the abuse I would hear walking down the street.

I suggest that it is no coincidence that the mainstreaming of above-the-knee fashion for men has coincided with a higher profile gay rights movement. Men’s fashion featuring short shorts is as much an act of appropriation of gay iconography by the mainstream as it is an act of solidarity with the GLBTIQ community in their struggle for equality.

Just as the gay male represents just one aspect of the GLBTIQ community, so too does the mainstreaming of short shorts represent only a small aspect of changes in attitudes. Still, if putting on a mini was understood to be a political decision, why not celebrate this new trend? Men’s short shorts are now indirectly at least, a symbol for the gay rights movement and should be worn with pride.