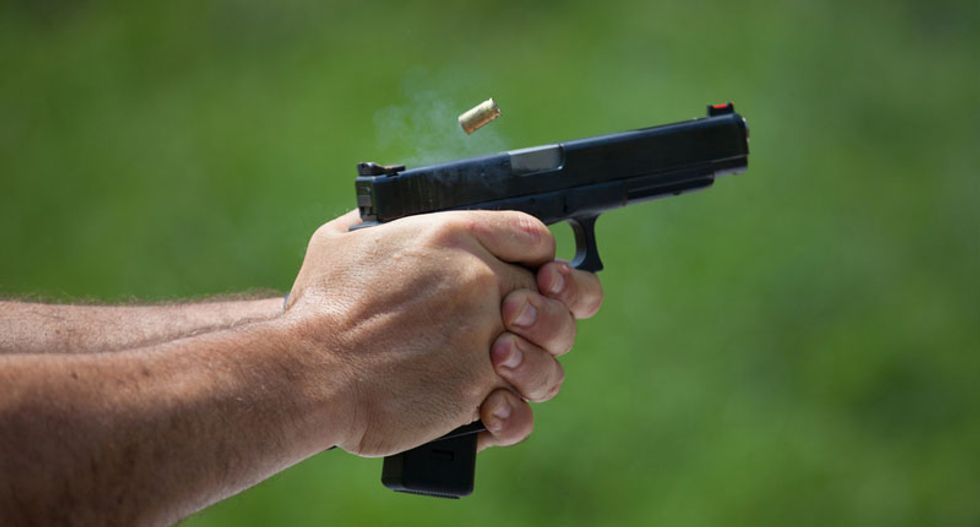 A Florida man set up a gun range in his front yard, but police said there’s not much they can do but keep an eye on him.

Other residents are livid that 21-year-old Joseph Carannate set up targets and plans to fire his 9mm handgun in his residential Saint Petersburg neighborhood, reported WFLA-TV.

“I don't know if this idiot is going to start popping off rounds,” said resident Patrick Leary. “I'm furious.”

But Carannate said he has all the proper paperwork for his weapon and promised to notify his neighbors in Lakewood Estates before taking some target practice in the front yard, which he plans to do every other weekend.

“What, do we gather our children and hide?” Leary said. “Ridiculous -- come on.”

Carannate said he was surprised by the strongly negative reaction, but he doesn’t intend to change his plans.

Residents have asked a Pinellas County commissioner to help stop their neighbor, but police have said he doesn’t appear to be breaking any laws.

“Even to the most pro-gun person, to have a gun range in the middle of a residential neighborhood doesn't make any sense at all,” said County Commissioner Ken Welch. “I'm hoping we can get to some common ground and common sense.”

Florida law prohibits local governments from restricting gun rights in any way, but Broward and Palm Beach counties have sued to overturn the law.

Police said they had spoken to Carannate and would continue to monitor the situation closely.