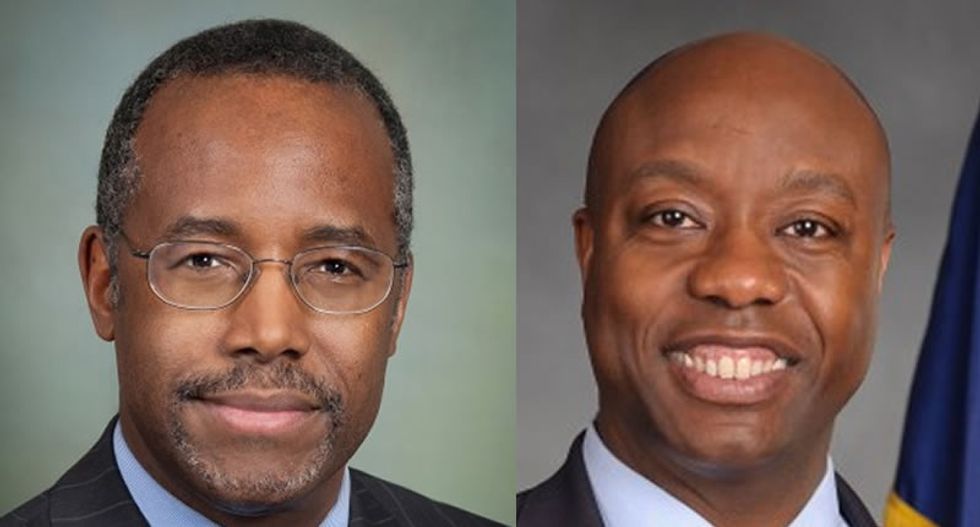 There will only be two African-American featured speakers at this year's Conservative Political Action Committee (CPAC) conference, but the group's official mobile app has still managed to confuse them.

The Washington Post's Ben Terris tweeted this image this morning:

Somehow, an image of South Carolina Senator Tim Scott was appended to the biography of the potential Republican presidential candidate Ben Carson. The image is correct, however, on the organization's website.

The conference begins today with an "activist boot camp."