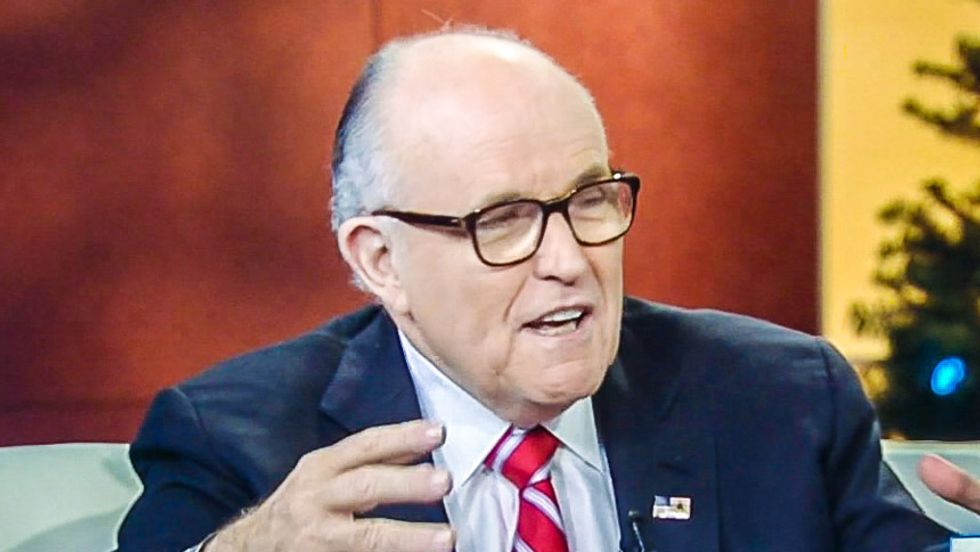 Giuliani, who mounted a failed campaign for the party's nomination in 2008, then reportedly turned to Walker.

"I'm looking for a presidential candidate who can express that, do that and carry it out," Giuliani told him. "And if it's you Scott, I'll endorse you. And if it's somebody else, I'll support somebody else."

After the event, the former mayor then joined the list of conservatives accusing Obama of singling out Christianity for criticism during the National Prayer Breakfast earlier this month.

"You've got to be able to criticize Islam for the parts of Islam that are wrong," he said. "You criticize Christianity for the part of Christianity that is wrong. I'm not sure how wrong the Crusades are. The Crusades were kind of an equal battle between two groups of barbarians. The Muslims and the crusading barbarians. What the hell? What’s wrong with this man that he can’t stand up and say there's a part of Islam that's sick?"

He did not mention that, as a transcript of Obama's remarks at the event demonstrated, the president singled out the Islamic State extremist group as "a brutal, vicious, death cult" that commits atrocities in the name of Islam.

Politico reported that members of Walker's staff insisted that Giuliani's remarks be considered off-the-record. He later said he would "eventually" support a nominee from within his party for the next presidential election.