South Carolina inmates can be punished for decades for using Facebook 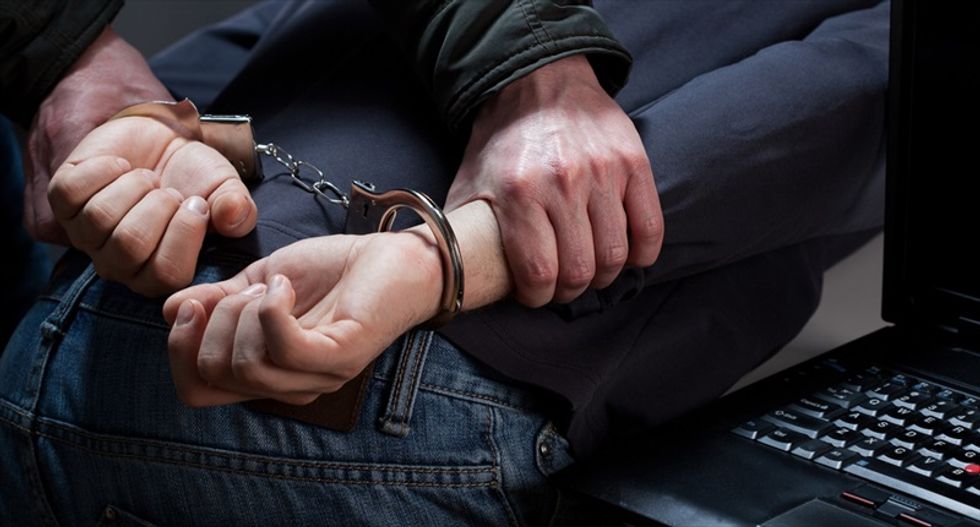 Hands in handcuffs during arrest (Shutterstock)

Prison officials in South Carolina penalize inmates for using Facebook so much that some sanctions exceed their actual jail sentences, according to a report from the Electronic Freedom Foundation (EFF).

Over the past three years, more than 40 inmates have been sentenced to spend at least two years of their existing sentences under "disciplinary detention," a punishment which can include mandatory solitary confinement and the loss of visitation rights, after being prosecuted by the state Department of Corrections.

Several of those inmates were forced to spend at least 10 years under detention. One of them, Tyheem Henry, was sentenced to 37.5 years in detention and lost 74 years' worth of visitation, canteen and phone rights over 38 posts on the online platform. Another inmate, Walter Brown, received a penalty of 34.5 years in detention and lost 875 days of "good time" credit on his sentence over 35 posts on Facebook.

The rise in these punishment coincides with the department designating "creating and/or assisting with a social networking site" as a Level I offense for prisoners.

In some cases, the detention sentences are so long that they are left unserved because they exceed a prisoner's original sentence. There have also reportedly been instances when solitary confinement sentences are suspended because there are not enough cells to accomodate prisoners in detention.

The EFF also reported that state investigators have taken at least one to deactivate inmates' accounts that conflict with Facebook's own terms of service, such as posting fake accounts in order to communicate with inmates. Authorities have also used help from public reports and paid $12,500 to outside contractors to facilitate shutting down prisoner accounts.

Facebook also features a notification tool where law enforcement officials can notify the company about an inmate's profile. Officers are instructed to identify the inmate and the crime for which they were imprisoned, but not to name any violation of Facebook's own code of conduct. While a Facebook spokesperson told the EFF that it does not remove users for violating prison rules, an July 2014 email obtained by the EFF shows a company official confirming that it removed one profile because the prisoner used a cell phone to access the site.

The EFF criticized the state's policy in its report for both disproportionate punishments and for being "incredibly broad."

"It can be applied to any reason an inmate may ask someone outside to access the Internet for them, such as having a family member manage their online financial affairs, working with activists to organize an online legal defense campaign, sending letters to online news sites, or just staying in touch with family and friends to create the type of community support crucial to reintegrating into society," the EFF stated.