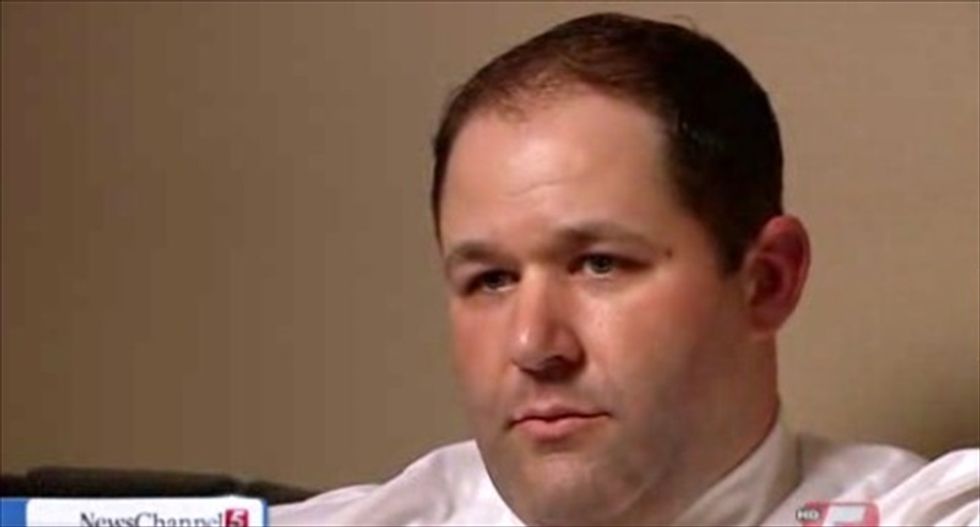 A Republican legislator in Tennessee was seemingly stumped when told that state investigators were "discouraged" from taking action against an unlicensed pig farm he operated for years despite numerous violations, WTFV-TV reported.

"I can honestly say that is not something that has ever been brought to my attention," state Rep. Andy Holt (R) said when told about remarks by an unidentified inspector from the state Department of Environment and Conservation.

However, the station reported that it saw an exposed hog carcass on the premises as it was being eaten by buzzards. Holt said the buzzards "dug up" the carcass.

According to WTFV, hog carcasses were an ongoing concern for Holt's farm dating back to 2011, when the inspector took photographs of not only dead hogs on the site, but hog waste flowing into a local creek -- and turning it black -- after it was pumped out of a nearby lagoon.

The department told the station that the inspector who wrote that assessment is now retired. However, Commissioner Robert Martineau denied that Holt was granted special treatment because of his position. Martineau also said that he did not know who the inspector meant by "upper management."

"I can't guess in hypotheticals," Martineau said regarding the possibility of the state taking action against Holt's operation.

Documents also show that Holt submitted identical, incomplete paperwork toward obtaining a state permit in 2012 and 2013, but was never stopped from operating the farm. The Environmental Protection Agency is reportedly opening its own investigation against Holt, who has criticized the EPA in the past.

"When the burdens of over-regulation keep people from entering into or maintaining a business, I think that's a problem," he said.

According to the Associated Press, Holt voted against a bill two years ago that would have required anyone in possession of images of animal abuse to turn them in to law enforcement within within 48 hours of capturing it.

Watch WTVF's report, as aired on Monday, below.