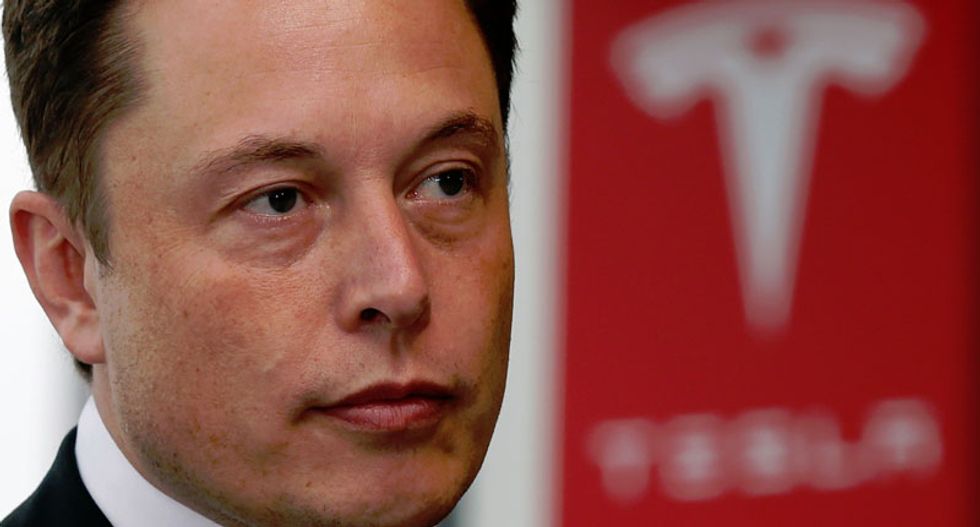 How far does electric car maker Tesla Motors Inc have to go to reach its goal of matching Apple Inc's current market value? It would take 26 years, based on rough calculations by Reuters, unless it starts selling a lot more cars.

Tesla CEO Elon Musk surprised analysts on the company's earnings call on Wednesday by saying that his company could be worth $700 billion by 2025. That is roughly the same size as Apple Inc, the most valuable company in the Standard and Poor's 500 index, is worth now.

Investors were quick to point out that reaching that goal would require a jump of 2,700 percent in the value of Tesla's shares, given its market value of $26.6 billion.

Actually, at its current annual production rate of 55,000 cars a year, the company would have to sell every car until 2040 to get to that market cap.

More likely, Musk expects the production rate to expand, but the question is by how much? Today, every Tesla car represents $463,636 in market cap. Assuming that ratio remains unchanged, it would take sales of 1.45 million cars every year to justify a $700 billion figure and the same investor faith in future growth.

By Musk's 2025 target date, everyone who currently bought a Tesla would have to convince 26 of his best friends and relatives to buy one as well.

"It probably is the next generation of cars, but it is ridiculous when you consider what you’re paying for as far as future growth prospects," he said.

Tesla faces stiff competition from high-end car makers such as BMW and Audi , who will eventually roll out their own electric cars that are comparable to Tesla's, he said. Apple, by comparison, has an easier path with selling $200 iPhones.

Tesla did not respond to a request for comment on this story.

Shares of the company, which did not post a profit last quarter, fell 5.6 percent in midday trading Thursday, and are down 23 percent over the last six months.