This is where you should go to survive the zombie apocalypse, according to science 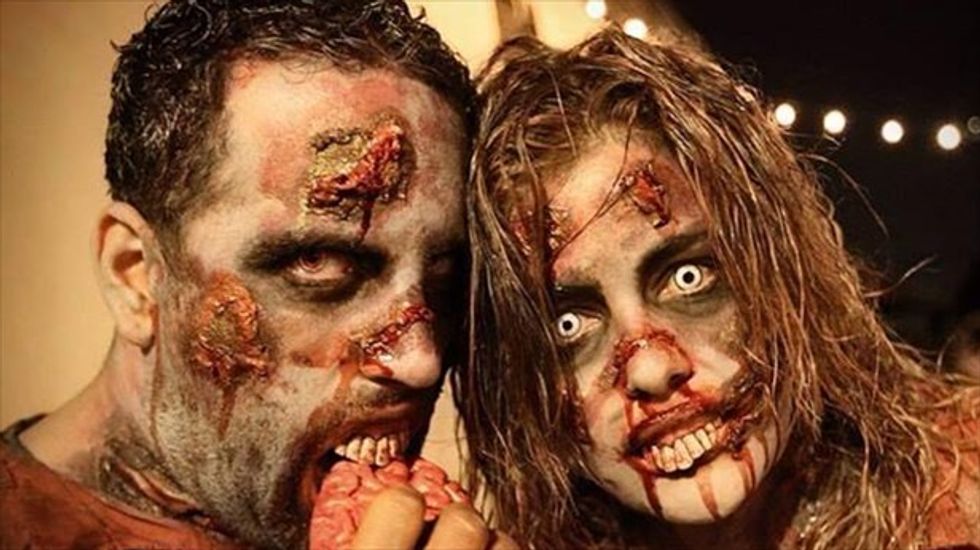 A team of Cornell University researchers has determined the best place to hide during a zombie apocalypse.

A graduate statistical mechanics class was inspired by a reading of “World War Z,” a fictional oral history of a zombie war, and decided to explore what might happen in an actual zombie outbreak, reported Phys.org.

The researchers used epidemiology modeling to build a fully connected population and then used lattice-based models to create a full-scale simulation of a zombie outbreak across the continental U.S.

"Modeling zombies takes you through a lot of the techniques used to model real diseases, albeit in a fun context," said Alex Alemi, a Cornell graduate student who took part in the exercise.

"Each possible interaction -- zombie bites human, human kills zombie, zombie moves, etc. -- is treated like a radioactive decay, with a half-life that depends on some parameters,” Alemi explained. “We tried to simulate the times it would take for all of these different interactions to fire, where complications arise because when one thing happens, it can affect the rates at which all of the other things happen.”

He said most films or books assume that a zombie outbreak would affect all areas at the same time, leaving a small pocket of survivors after a few months.

"But in our attempt to model zombies somewhat realistically, it doesn't seem like this is how it would actually go down," Alemi said.

Cities would fall quickly, the researchers found, but it would take weeks or even months for zombies to penetrate less densely populated areas.

"Given the dynamics of the disease, once the zombies invade more sparsely populated areas, the whole outbreak slows down,” Alemi said. “There are fewer humans to bite, so you start creating zombies at a slower rate.”

“I'd love to see a fictional account where most of New York City falls in a day, but upstate New York has a month or so to prepare," he added.

The researchers found that zombies would not reach the northern Mountain Time Zone for several months, so Alemi recommends heading to the northern Rocky Mountains if you hope to survive a zombie outbreak -- as some of the characters did in Stephen King's novel, "The Stand," about a different type of apocalyptic disease outbreak.

"A lot of modern research can be off-putting for people because the techniques are complicated and the systems or models studied lack a strong connection to everyday experiences," he said. "Not that zombies are an everyday occurrence, but most people can wrap their ‘braains’ around them."

The researchers will present their findings March 5 during the American Physical Society’s monthly meeting, in San Antonio, Texas.