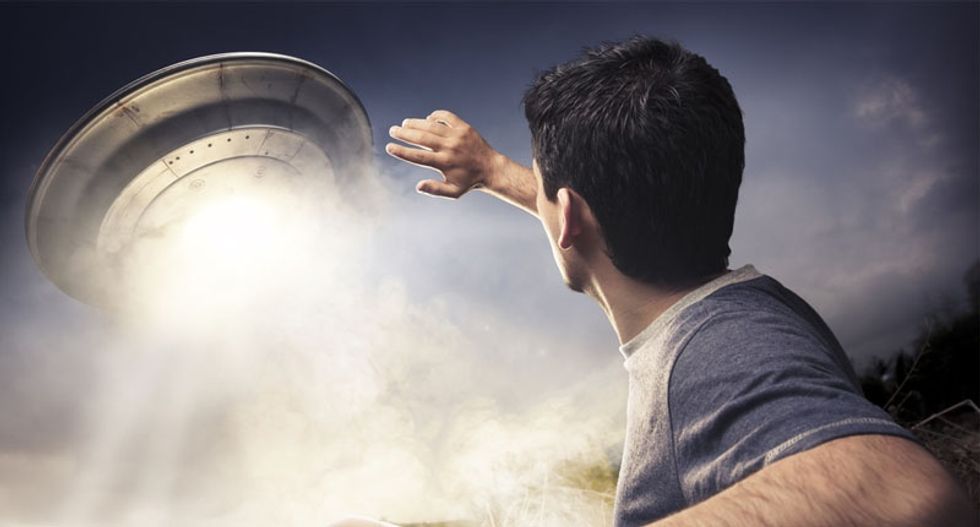 Longtime White House insider excited UFO buffs with a tweet last week expressing his regrets as he left an advisor post with the Obama administration.

“Finally, my biggest failure of 2014: Once again not securing the #disclosure of the UFO files. #thetruthisstilloutthere,” said John Podesta, who stepped down from his senior advisor post Friday.

Podesta has encouraged government officials to release information about unexplained UFO cases, including an appeal during a 2002 news conference at the National Press Club.

Nearly 130,000 pages of declassified Air Force files on UFO investigations and sightings were dumped online last month by hobbyist John Greenwald, who compiled every available document from Project Blue Book and other government studies conducted between 1947 and 1969.

Other UFO watchers hope that Podesta’s statement signals that more information is available and might eventually be released.

"Podesta indicated in his tweet that he made an effort, somehow or another, to engage the UFO files question,” said Stephen Bassett, executive director of the Paradigm Research Group. “That's all he has indicated. He didn't say who he talked to, how he did it -- he just put it out there.”

Bassett is urging Congress to hold hearings to end government silence on UFOs, but he told the Huffington Post that the Pentagon would certainly want to control how that information was revealed and the president would want assurance from military officials that they would back him up after announcing the existence of aliens.

Hillary Clinton is expected to consider Podesta, her husband’s former chief of staff, to oversee her second presidential campaign.

Bill Clinton has said recently that he personally looked into UFOs when he was president but never found much evidence.