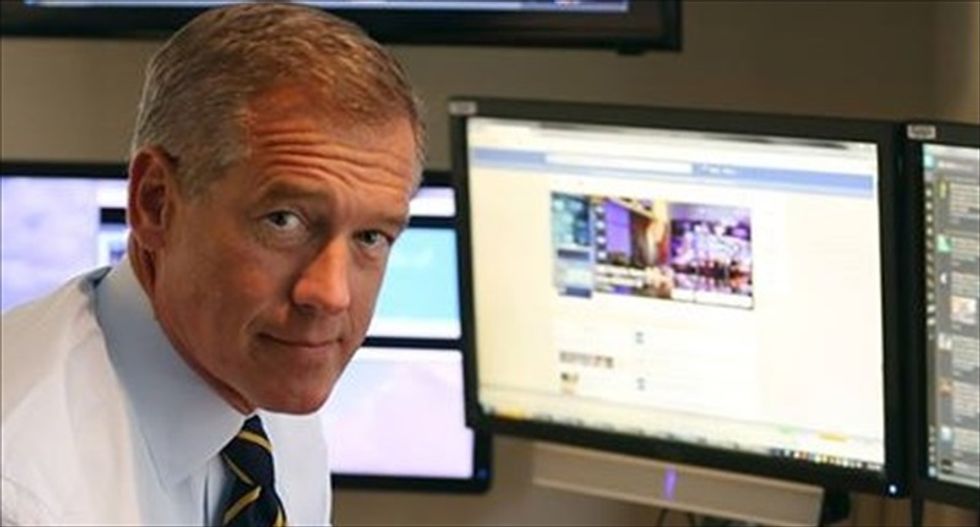 Brian Williams was born too late.

Earlier this month, the realization that the “NBC Nightly News” anchor had misrepresented experiences in Iraq led to a six-month suspension and outcry for his termination. His tales of harrowing experiences in the French Quarter during Hurricane Katrina in 2005 are also under scrutiny.

But Williams’s penchant for reaching and at times overreaching for eyewitness authenticity puts him in good company – with the reporters who stand at the very beginning of the Western tradition.

The historians of ancient Greece and Rome placed a high priority on eyewitness reporting, on being there and seeing for oneself.

Time and research “in the field” and the accompanying brushes with danger gave an historian credibility and authority. Eyewitness accounts also engaged the audience, who could follow in the footsteps of the author’s derring-do.

But in their efforts to win over their audiences, Greek and Roman historians also fudged or fabricated their time in the field.

The Western historical tradition begins with the Greek Herodotus in the fifth century BCE. The second book of his Histories is a long and detailed discussion of the geography, history, and culture of the Egyptians, and it remains an indispensable resource for the study of ancient Egypt.

Herodotus often refers to his own visit to Egypt –- but even more often he gets things wrong. Of the famous pyramids of Giza he writes, with bravado, “I myself measured them!” The image of the historian, measuring stick in hand, scaling the pyramids is one that grabs the reader, but much of what he writes about the pyramids’ appearance and construction does not hold up. The inconsistencies in this and other passages have led scholars to question whether Herodotus went to Egypt at all.

Herodotus, however, kept a place of authority and esteem in antiquity. Cicero, the Roman politician and polymath from the first century BCE, in his work On the Laws dubbed Herodotus “the father of history,” a title he keeps to this day in the West.

In the same breath Cicero says that Herodotus tells “innumerable fabulous stories.” Telling entertaining tales, Cicero indicates, had been a part of historical writing from the start.

‘Being there’ in Rome and Iraq

Tacitus, who is commonly regarded as the greatest Roman historian, published a biography of his father-in-law Agricola in 98 CE. In it he refers to the emperor Domitian’s execution of the senators Helvidius and Senecio in 93 CE.

A senator himself, Tacitus writes with great guilt about the senate’s complicity in these tyrannical acts: “our hands led Helvidius to his dungeon … Senecio spattered us with innocent blood.”

The scene is striking, but modern historians surmise that Tacitus may not have been in Rome at that time. The insertion of himself as an eyewitness and remorseful actor in these events is very likely a fabrication.

During an appearance on the “Late Show with David Letterman” in 2013, Brian Williams employed the first-person plural much like Tacitus did some 1900 years earlier.

To Letterman and an audience on the edge of their seats, Williams said of the helicopter attack in 2003, “So, we got hit, we set down, everyone was okay – our captain took a Purple Heart injury to the ear in the cockpit – but we were alone.”

Williams’s “we” is not unlike Tacitus’s. Just as the Roman was a senator at the time, albeit not in Rome for his colleagues’ deaths, Williams was in a helicopter on that day, albeit one that joined the struck helicopter an hour or so after the attack.

In both cases the stretch of the truth in the word “we” is effective: Tacitus and Williams take us there, share the lived experience of eyewitnesses, and keep our rapt attention.

In the February 14 Washington Post an anonymous “NBC Nightly News” journalist said of his colleague, “Brian’s not a liar. He’s a guy who gets caught up in the story. He’s a great storyteller. But sometimes storytellers embellish.” This take on Williams sounds a lot like Cicero’s description of Herodotus, the “father of history” who was prone to tall tales.

But our expectations from “history” are different from ancient expectations. Williams’s colleague goes on to say, “But you don’t embellish about getting hit by an RPG.”

Williams’s manner of engaging the audience is welcome – and as old as reporting itself – but perhaps he should stop rivaling Herodotus and Tacitus so closely.

By Timothy Joseph, College of the Holy Cross