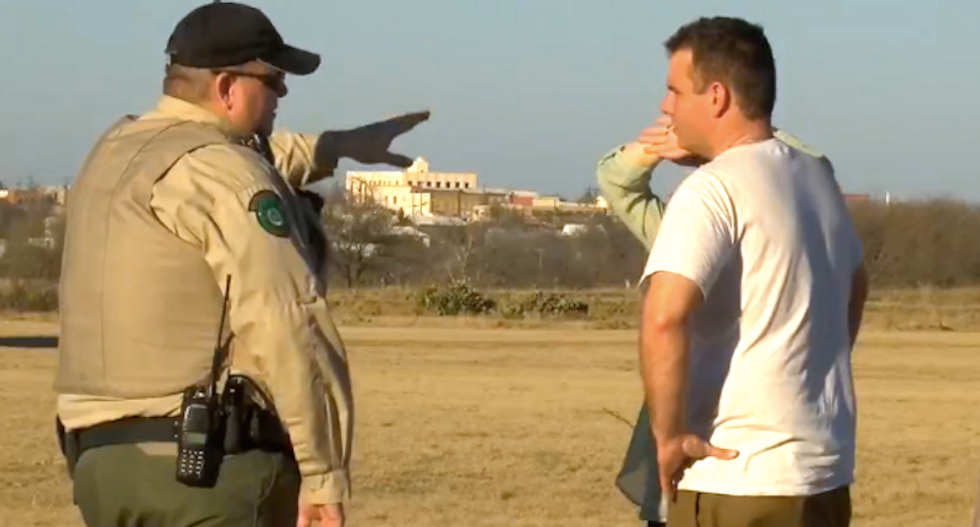 An actor was shot and wounded Saturday while taking part in a re-enactment of a World War II battle in Texas.

Scott Fullerton, who was portraying a Nazi soldier during a staged battle at Fort Richardson State Park, was shot in the abdomen by a live round of ammunition about 1:10 p.m., during the first re-enactment of the day.

Investigators described the wound as a deep graze, and Fullerton was treated at a nearby hospital.

All the other actors were ordered to stop and place their weapons on the ground with the chambers open, authorities said.

“Everything that was inspected at 9 a.m. was crimped, blank ammo,” said Robert Free, superintendent of the state park.

A spokesman for the Texas Parks and Wildlife Department said each gun used during the re-enactment is checked twice before the performance – once by state park staff and then again by a representative from the organization that stages the mock battles.

The spokesman said that procedure was followed Saturday but failed to find live ammunition in any of the weapons.

No arrests have been made, and the shooting remains under investigation.

The annual event has taken place for five years at the state park.