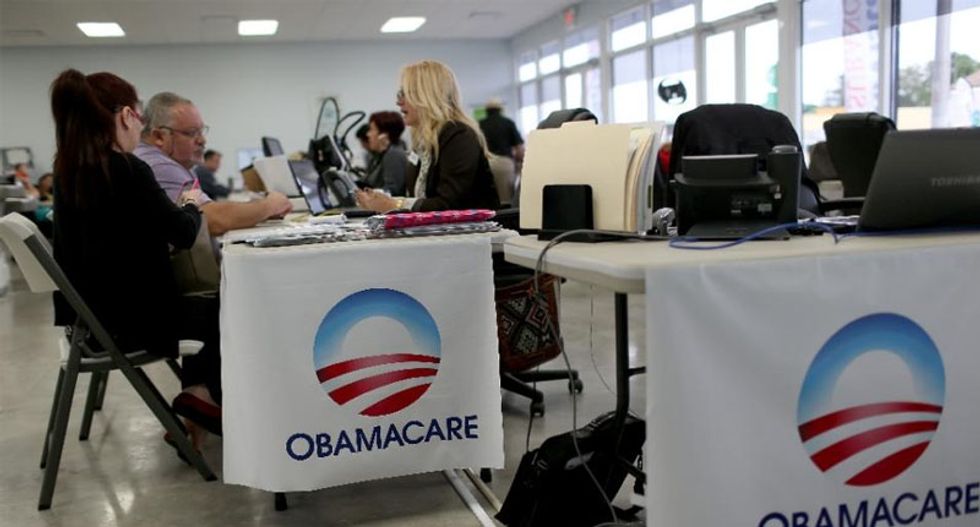 The number of Americans without health insurance has dropped by 16.4 million since key portions of the Affordable Care Act took effect, the largest reduction in uninsured in four decades, officials announced Monday.

The federal government hailed the data as President Barack Obama's administration prepared to commemorate next week the fifth anniversary of the signing of a law that took effect with many technical issues.

"When it comes to the key metrics of affordability, access, and quality, the evidence shows that the Affordable Care Act is working, and families, businesses and taxpayers are better off as a result," Health and Human Services Secretary Sylvia Mathews Burwell said in a statement.

She said 14.1 million adults gained insurance since the first open enrolment period in October 2013 through March 4 of this year, leading the adult uninsured rate to drop from 20.3 percent to 13.2 percent during that period.

Under the law's more popular provisions, another 2.3 million young adults gained coverage from 2010 by being allowed to remain on a parent's plan until age 26.

The program, known by many simply as "Obamacare," seeks to make health coverage available to a broad cross-section of Americans, for whom health care is often too expensive, is not offered through their employer, or is otherwise inaccessible.

It also provided an expansion of Medicaid, the social health care program for the poor, which most of the 50 US states accepted.

American pollster Gallup cites different figures for the rate drop. It said the US uninsured rate dipped from 18 percent in the third quarter of 2013 to 12.3 percent by the end of February 2015, quoting its Gallup Healthways Well-Being Index.

The government's announcement comes as the US Supreme Court weighs the fate of the Affordable Care Act, in a case that challenges the legality of the law's subsidies.

The narrow question before the court is whether some seven million people who signed up for Obamacare via the government's website are actually entitled to tax subsidies that make the coverage affordable.

Legal scholars say that a ruling against the tax credits provision would gut the law so thoroughly that it would be tantamount to striking down the measure altogether.

A decision by the high court is expected in June.