The news on climate change is rarely good. While governments worldwide struggle to curb the combustion of fossil fuels, the climate keeps warming, and the biggest gamechangers -- ice sheets and glaciers -- are disappearing more rapidly than we thought.

A new study by scientists from the United States, Britain, France and Australia has found the world's largest thinning ice sheet, the Totten Glacier in East Antarctica, is now melting from below. To put it in perspective, the Totten Glacier's catchment area (the ice it holds in) is larger than the entire southeastern United States (at 538,000 square kilometers). If it were to melt, scientists say, the global sea level could rise eleven feet -- or more than three meters worldwide.

Let me repeat: the global sea level could rise eleven feet just because of this one glacier. (Equally terrifying is melting on the West Antarctica ice sheet, which, melted, would also raise the sea level a similar level.)

Eleven feet is a scary figure, and it could take hundreds of years. But it could also take less. The problem, the study's authors say, is that part of the glacier is holding back a larger catchment of ice.

The floating ice shelf of the Totten glacier is a smaller size, some 90 miles by 22 miles. At the moment, it's losing seventy gigatons of water per year, "equivalent to 100 times the volume of Sydney's harbor every year," according the Australian Antarctic Division.

And that's “a conservative lower limit,” lead study author Jamin Greenbaum of University of Texas at Austin writes, as cited by The Washington Post.

The Post drew up a handy graphic to show the size of the glacier's catchment area. Here's a thumbnail (a larger version is available at the Post.) 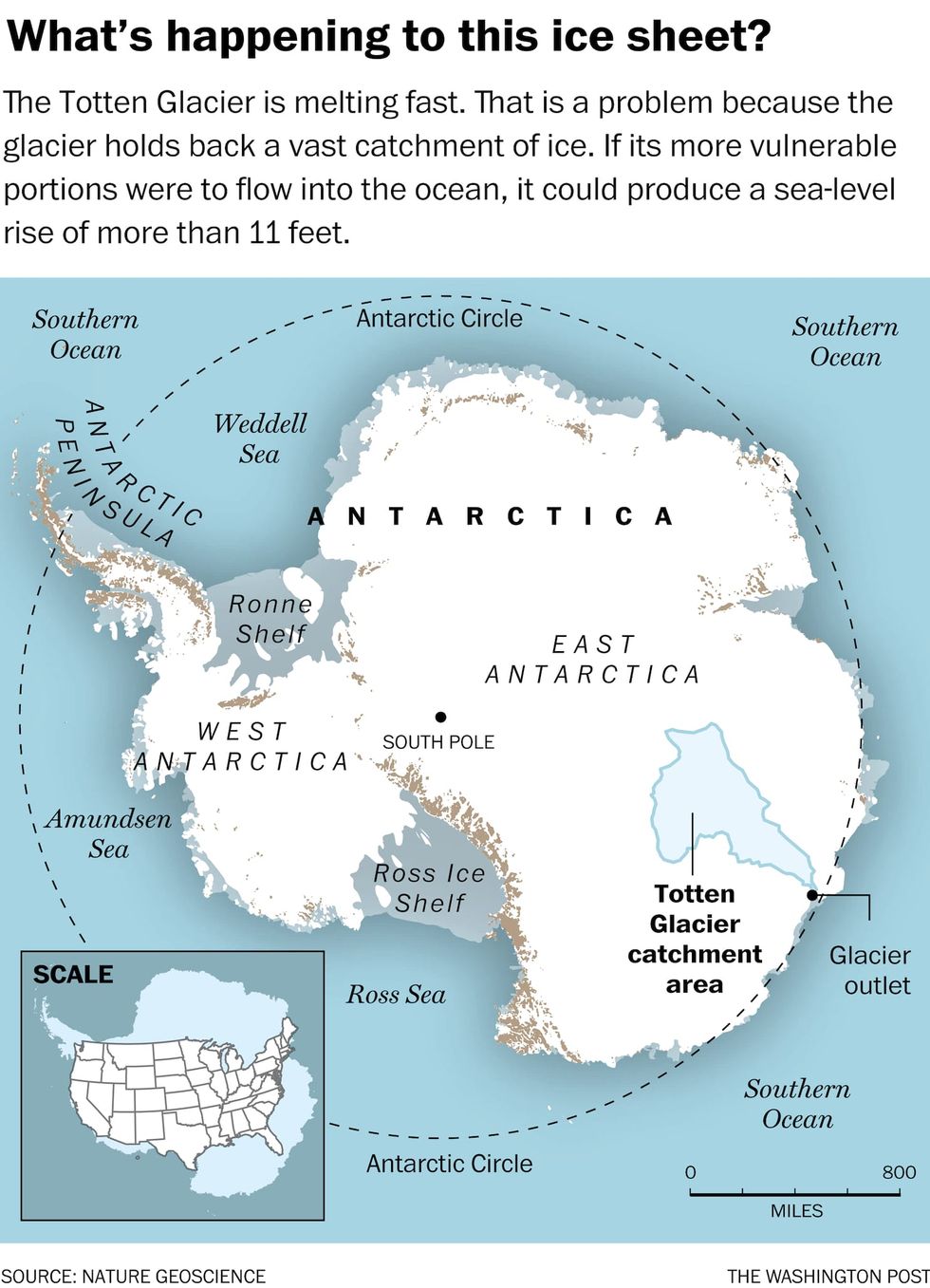 In 2014, Climate Central produced a interactive website allowing viewers to see what a sea level rise would look like, and how many people in the United States it might affect.

"More than half of the area of 40 large cities (population over 50,000) is less than 10 feet above the high tide line, from Virginia Beach and Miami (the largest affected), down to Hoboken, N.J. (smallest)," they wrote. "Twenty-seven of the cities are in Florida, where one-third of all current housing sits below the critical line — including 85 percent in Miami-Dade and Broward counties. Each of these counties is more threatened than any whole state outside of Florida – and each sits on bedrock filled with holes, rendering defense by seawalls or levees almost impossible."

Ready to see what this kind of sea level rise could look like? 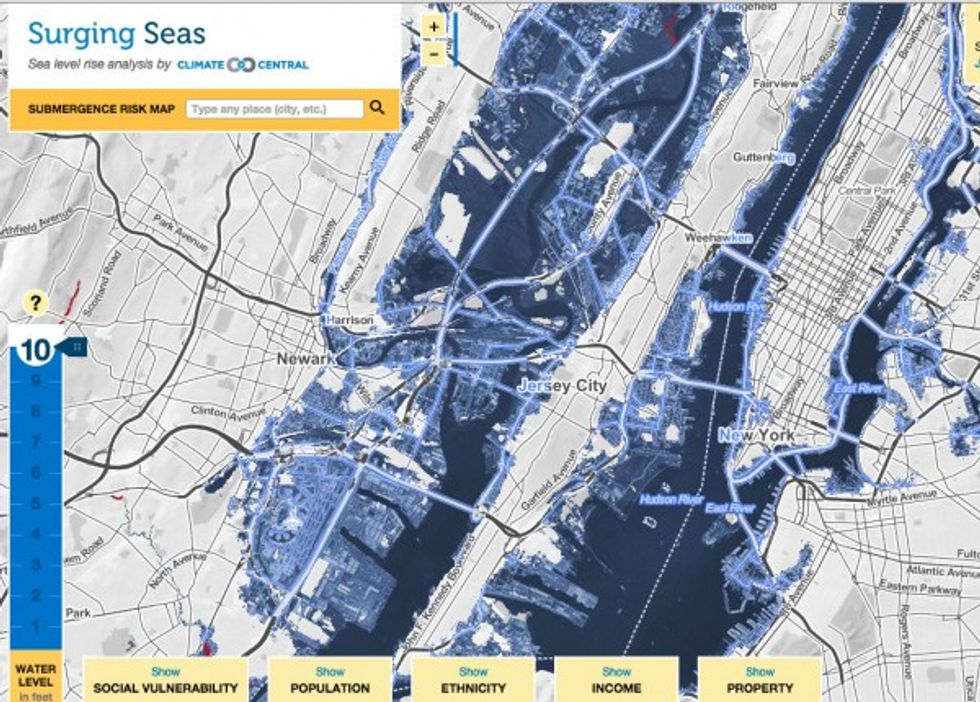 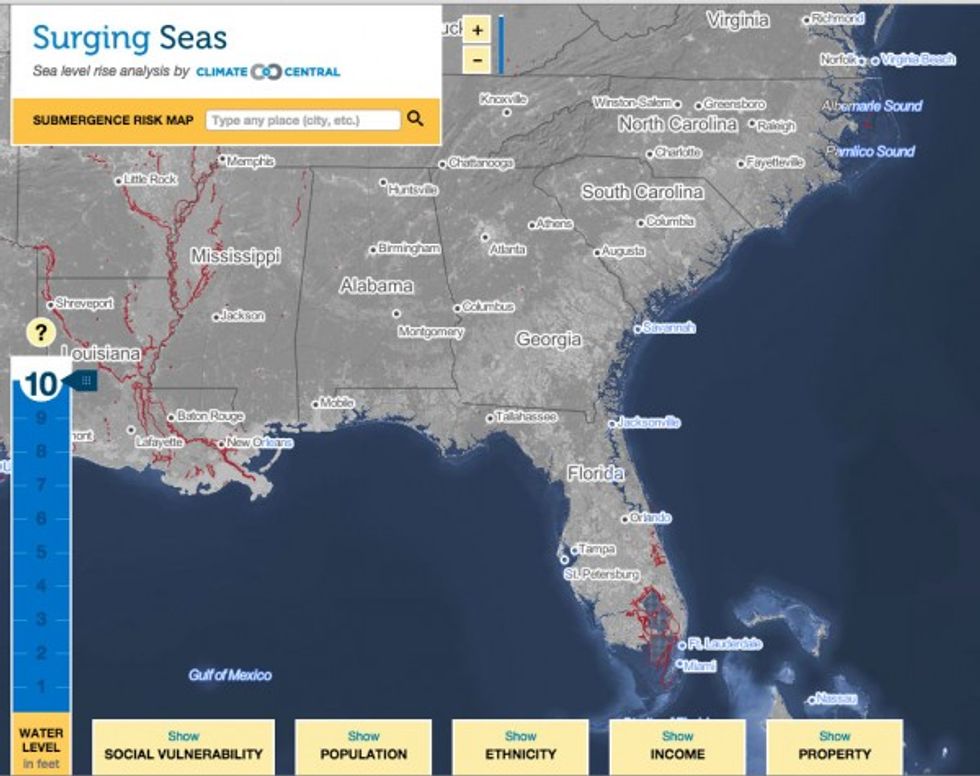 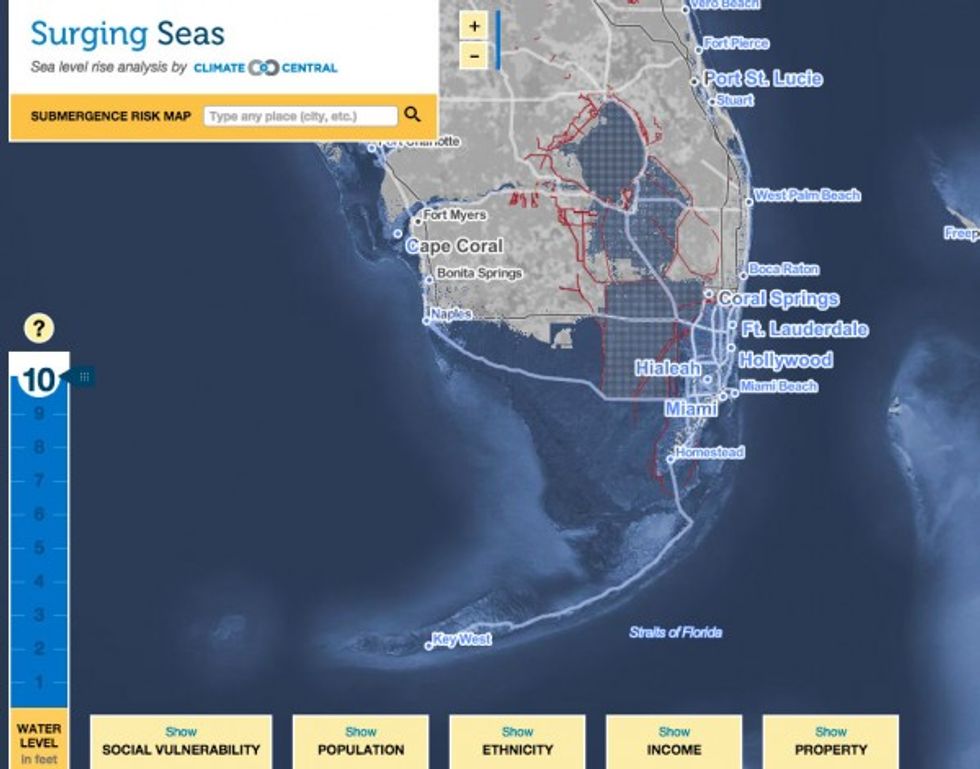 And what happens if both the Totten Glacier melts along with the West Antarctic ice sheet?

Here's a map from NASA. 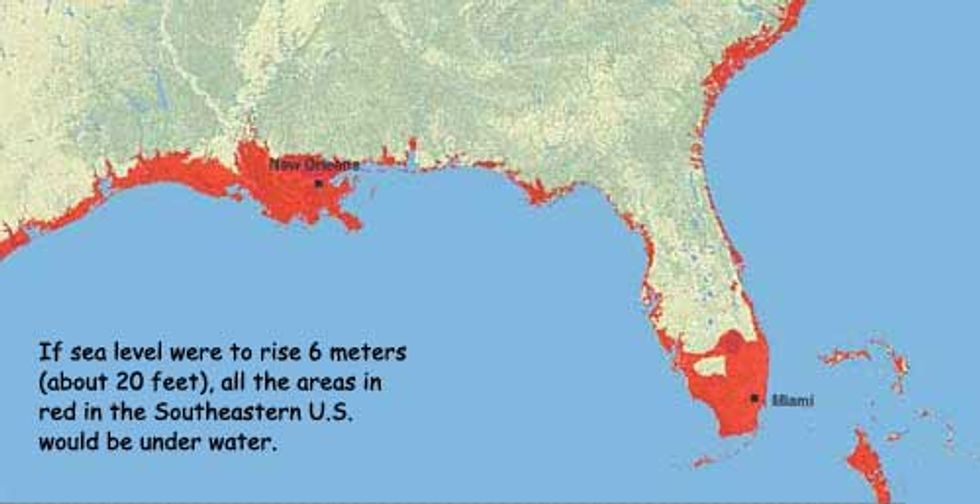 And one for Florida, specifically, from the University of Arizona.