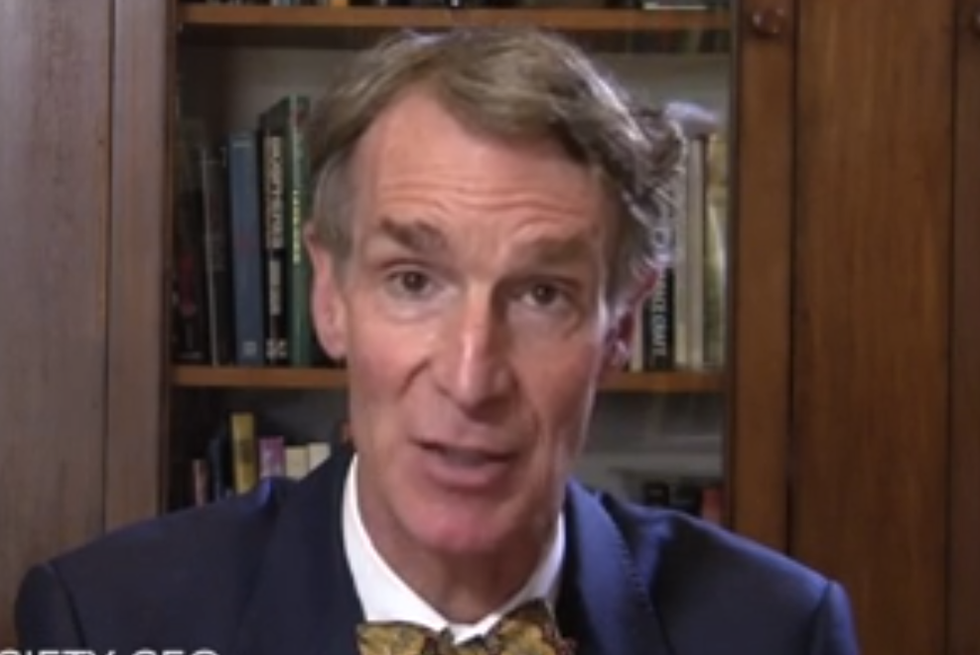 Bill Nye “the Science Guy” summed up why it’s important for the future of humanity that women and girls have access to education and birth control.

Musk told the group that he decided in college that he wanted to work toward a better future for humanity, so he came up with a list of things that he felt would be important later.

“There were really five things, three of which would be interesting to be involved in,” Musk said. “The three that I thought would definitely be positive were the Internet, sustainable energy – both production and consumption – and space exploration – more specifically the extension of life beyond earth on a permanent basis.”

Musk said he also believes artificial intelligence and “rewriting human genetics” will also be important to humanity’s future, but he’s dubious of their benefits.

“It’s a pretty cool list,” Nye agreed. “I would’ve included educating women and girls, raising the standard of living of women and girls so that the human population of the world will slowly become more manageable.”

Nice said he agreed that better-educated women had fewer children.

“That’s it,” Nye said. “The ones that they have are more loved and better cared for.”

Nice said society benefits from women who are educated and have some control over their reproductive health.

“With mom being a happier healthier person, more educated, end up with better educated kids, (we) end up with a better world,” Nice said.

“Just like that,” Nye agreed. “Furthermore, the woman has a better quality of life. She has a better job, she’s happier, which just makes everybody happy.”

Listen to the discussion here: