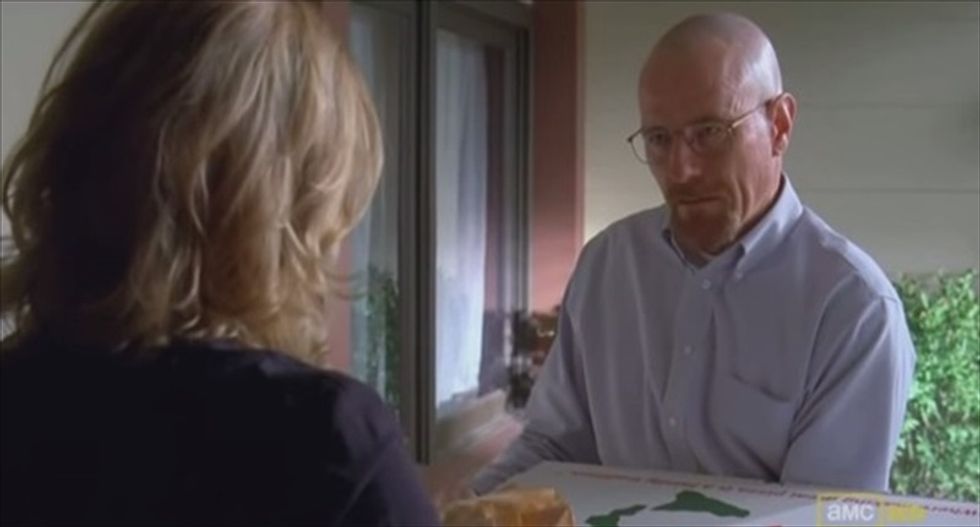 The real-life house portrayed as the home of Walter White on Breaking Bad is being bombarded with pizzas, thrown on its roof by pranksters hoping to recreate an iconic scene from the hit television series.

But the Albuquerque, New Mexico police, the show's creator and the house's occupants are all looking to put a stop to the drive-by peltings.

Police told AFP Friday that they have put into effect "an increase of random patrols through the neighborhood and are looking at possibly putting one of our mobile trailer cams there."

In a podcast earlier this week, Breaking Bad creator Vince Gilligan called on fans to cease and desist.

"Stop it. Let me tell you, there is nothing original or funny or cool about throwing a pizza on this lady's roof," he said.

The prank comes from a scene in season two in which White, a chemistry-teacher-turned druglord, tries to reconcile with his wife after she throws him out of the house, but ends up launching a pizza he brought her onto the roof.

The house and other Albuquerque-area sites featured in the award-winning series have become popular tourist attractions, with Breaking Bad bus tours shuttling fans across the city.

Watch the scene fans are trying to recreate, as posted on YouTube, below.