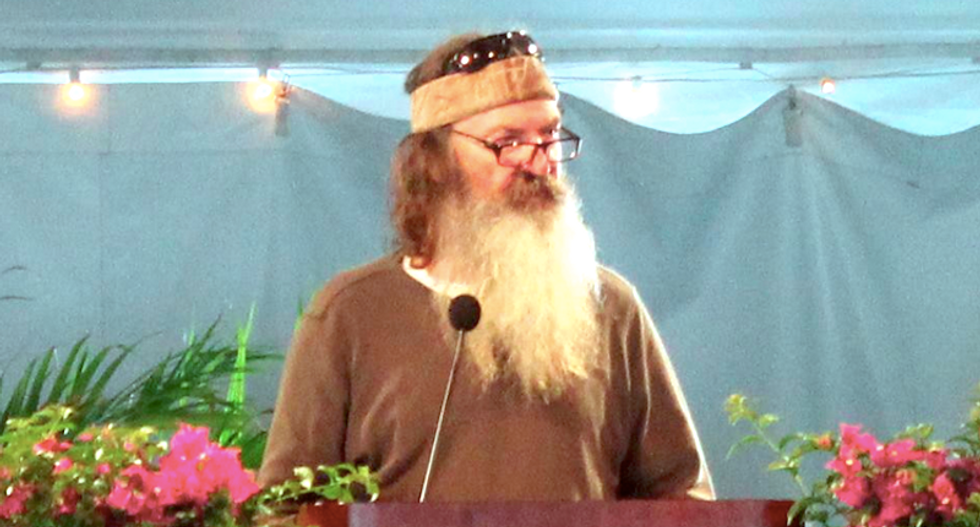 “Duck Dynasty” patriarch Phil Robertson conjured up a lurid fantasy about the rape and murder of an atheist family to illustrate a point about following God’s law.

“Then they take his two daughters in front of him and rape both of them and then shoot them, and they take his wife and then decapitate her head off in front of him,” Robertson continued, “and then they can look at him and say, ‘Isn’t it great that I don’t have to worry about being judged? Isn’t it great that there’s nothing wrong with this? There’s no right or wrong, now, is it dude?’”

He then imagined the assailants cutting off the atheist’s penis.

“Then you take a sharp knife and take his manhood and hold it in front of him and say, ‘Wouldn’t it be something if [there] was something wrong with this?’” Robertson said. “’But you’re the one who says there is no God, there’s no right, there’s no wrong, so we’re just having fun. We’re sick in the head, have a nice day.’”

“If it happened to them, they probably would say, ‘Something about this just ain’t right,’” Robertson added.