GOPer who spoke to white supremacists: Republicans 'continue to build relationships' with blacks 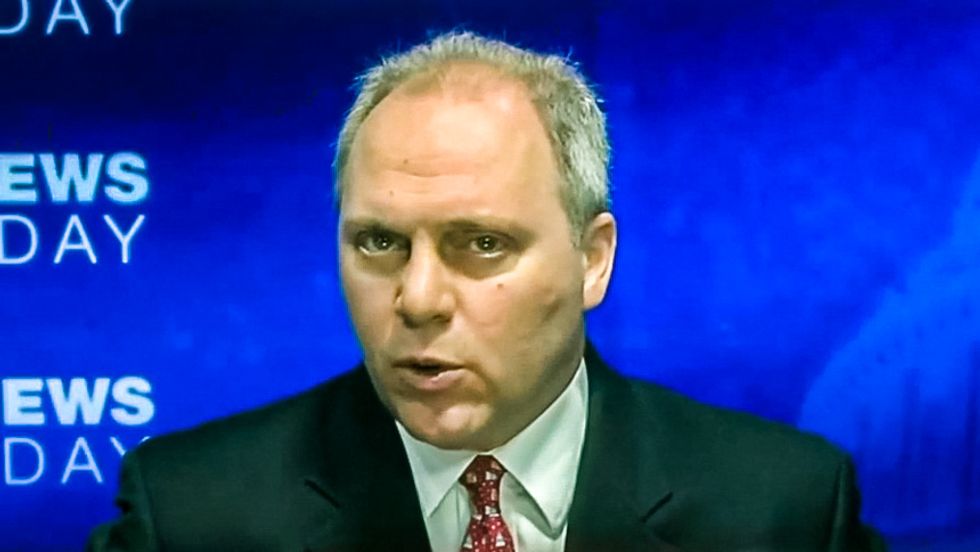 House Majority Whip Steve Scalise (R-LA) insisted on Sunday that Republicans were building relationships with the minority communities after the news broke that he had once spoken to a white supremacist group founded by former Klu Klux Klan Grand Wizard David Duke.

Late last year, a Washington Post report revealed that the Louisiana Republican had attended an event in 2002 for the European-American Unity and Rights Organization (EURO), which has been classified by the Southern Poverty Law Center as a "hate group."

Fox News host Chris Wallace asked Scalise on Sunday if he had made an effort to "mend fences especially with the African-American members of the House."

"Sure," Scalise replied. "And I made it very clear that I reject bigotry of all forms. And so, we've continued to build relationships and focus on things that we can do together to get our country moving forward and solved problems where we can have joint agreement."

The number three Republican in the House pointed out that he had served on the board of Teach for America, and had "transformed a failed public school system in the city of New Orleans, where kids before who were being denied opportunity for educational advancement are not getting great options where their parents can have schools competing for those kids."

Teach for America is a controversial program which, according to critics, destabilizes schools by replacing traditional teachers with college graduates who receive a seven-week training program.

Scalise's work with Teach for America to promote charter schools in Louisiana occurred prior to revelations that he spoke to a white supremacist group so it was not immediately clear how this represented a new outreach to the African-American community.