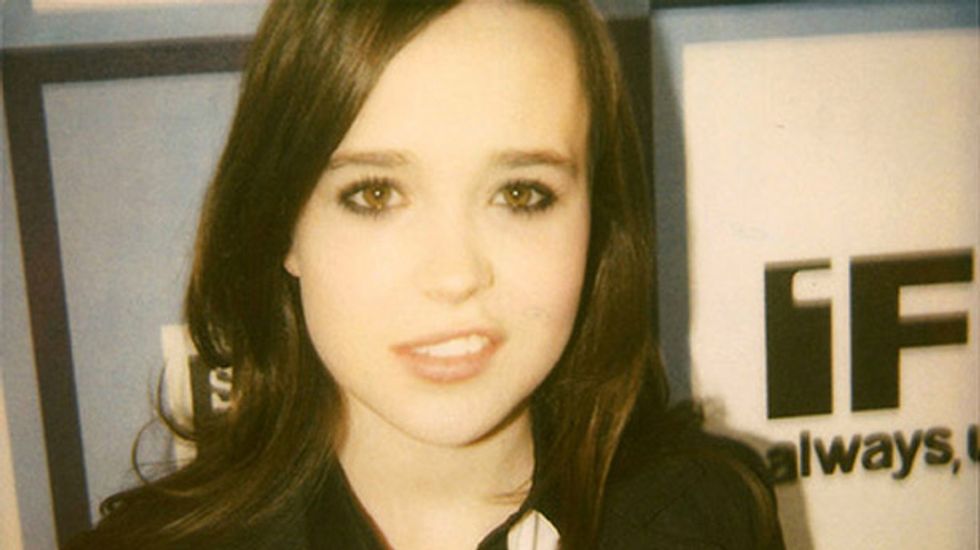 As long as the extreme Christian right exists, there are going to be closed-minded, Bible-thumping homophobes who trumpet scriptural passages "proving" that gays are going to spend eternity in hell. Need we remind these religious zealots that it’s the year 2015?

Let’s look at five inspiring people who stood up against the Christian right in all their homophobic idiocy.

Former Major Leaguer Billy Bean came out after retiring from the sport and now serves as the MLB’s ambassador for inclusion. This past week, he spoke with New York Mets players and took part in practice drills.

Guess what? There are actually homophobes in the Major Leagues!

“I do disagree with the fact that Billy is a homosexual,” said devout Christian and Mets second baseman Daniel Murphy. “Maybe, as a Christian, we haven’t been as articulate enough in describing what our actual stance is on homosexuality,” Murphy continued. “We love the people. We disagree [with] the lifestyle.”

Great reasoning there. That’s like saying, ”We love black people; we just disagree with them for being black.”

Bean responded with words of encouragement for Murphy for being open to forming a friendship with a potentially gay teammate. But he also recalled how Jackie Robinson broke MLB’s color line, noting that “a little patience, compassion and hard work” might open the door to openly gay players.

“Inclusion means everyone, plain and simple,” Bean said. “It took me 32 years to fully accept my sexual orientation, so it would be hypocritical of me to not be patient with others.”

Vicky Beeching is a British musician best known for her work on the American Christian rock scene. She made headlines back in August when she came out as gay, after spending 35 years resisting the shame imposed by the Christian church. “I feel certain God loves me just the way I am,” Beeching said. Now, her objective is helping change the ideology of the Church rather than abandoning her religion.

How do you think that went over with extreme Christian conservatives?

Homophobic Massachusetts evangelist Scott Lively went head-to-head with Beeching on Britain’s Channel 4 News, saying he was, “very sorry to hear that she has given in to the lie that she is a homosexual instead of continuing to try to overcome the challenge that is in her life.” He went on to say: “There’s no such thing as a gay person; it’s an identity you adopt.”

Beeching countered that her sexual orientation was part of her “God-wired identity,” and referred to such archaic religious mindsets as “so damaging” that they can “psychologically scar people.”

“I do, and that’s actually why I’m taking this step today—so that young people don’t have to listen to the kind of teaching you peddle, because it damages,” Beeching fired back.

Faithful America is the largest and fastest-growing online community of Christians who are channeling their faith into action for social justice. Their catchphrase: “Love Thy Neighbor. No exceptions.” Last spring, the group went after Sarah Palin for her remarks at an NRA convention: "Water-boarding is how we baptize terrorists." (How can so much wrong be put into one sentence?)

In 2014, their community of over 67,000 members took on Reverend T.W. Jenkins of New Hope Missionary Baptist Church in Tampa, Florida for canceling the funeral of Julion Evans, who was gay. The reverend stood by his actions, stating that they were in line with the "word of God." The mind-blowing part of Jenkins' decision: he canceled the ceremony the night before the funeral, and notified the family at the wake. Yes, the good holy man was homophobic toward dead people.

Juno star Ellen Page came out to her parents when she was 19. In 2014, she came out to the world at a Human Rights Campaign event supporting LGBTQ youth. The Canadian actress tweeted the perfect dry response to a religious pastor who attacked her for being gay—while on a flight to Vegas—by slipping her a chastising note signed "Your Heavenly Daddy."

“It was the worst kind of homophobia,” Page said, “because it wasn’t just, You deserve to burn in hell. It was, While God thinks it’s lovely that you stood up for your beliefs, perhaps you’ve never had the loving arms of a father."

Homophobic pastor Larry Tomczak wrote an op-ed piece in the Christian Post, titled: “Are You Aware of the Avalanche of Gay Programming Assaulting Your Home?”

Tomczak singled out Ellen’s show as one of the leading TV shows promoting the so-called gay agenda: "Ellen DeGeneres celebrates her lesbianism and ‘marriage’ in between appearances of guests like Taylor Swift to attract young girls."

Ellen’s response to homophobic Pastor Tomczak hit the mark: “Attention youth of the world: I want you to live your lives being exactly who you are. Be true to yourself.”