Jon Stewart compares Fox to teenager: You ‘spend 24 hours a day jerking yourself off’ 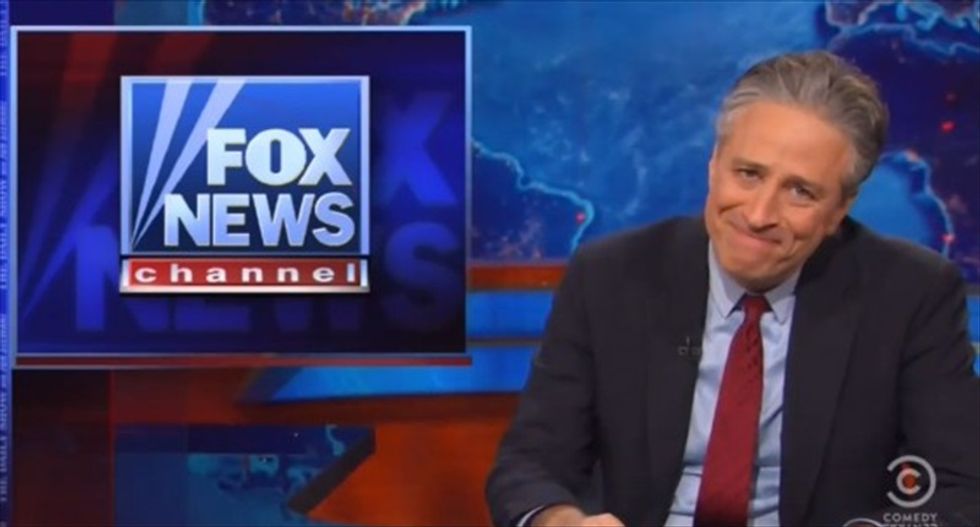 Daily Show host Jon Stewart followed up on last week's look at the post-Ferguson state of Fox News on Thursday, observing that the network is still demanding respect for "getting it right," attributing it to growing pains.

Stewart showed footage of Fox host Megyn Kelly complaining that, unlike NBC's Pete Williams, neither she nor her colleagues would be called "heroes" for defending Officer Darren Wilson's actions in the shooting of 18-year-old Michael Brown.

"They got it right 3 times in 10 years -- those are solar eclipse number, people!" Stewart said mockingly. "Which is why I think it's recommended you only watch Fox through a tiny pinhole poked in a piece of cardboard. You can't look directly at Fox -- it would indelibly burn your soul."

While Fox is "nothing but a rush to judgment in every situation," Stewart said, Kelly complained about being ignored by other networks before saying that they didn't care anyway.

While remaining unconvinced, Stewart not only brought Fox a whale-shaped cake honoring their "accomplishment."

"You know why? We think you're a whale of a network," he said. "In that we've been chasing you our whole lives and just can't kill you."

"I'm only going to make movies from now on that are blindly uncritical of America, like The Empire Strikes Back, Justifiably; American Exceptionalism Graffiti; Star Wars: The Reagan Missile Defense Version; and The Clinton Menace," he said, before adding, "Fox News, may you live long and prosper." 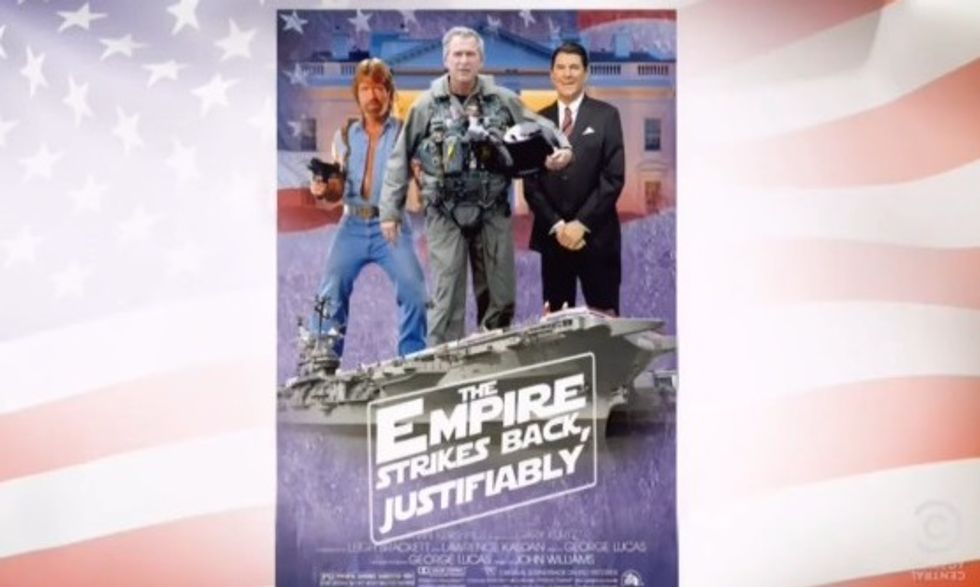 Stewart's commentary, featuring more posters from Lucas, can be seen below.