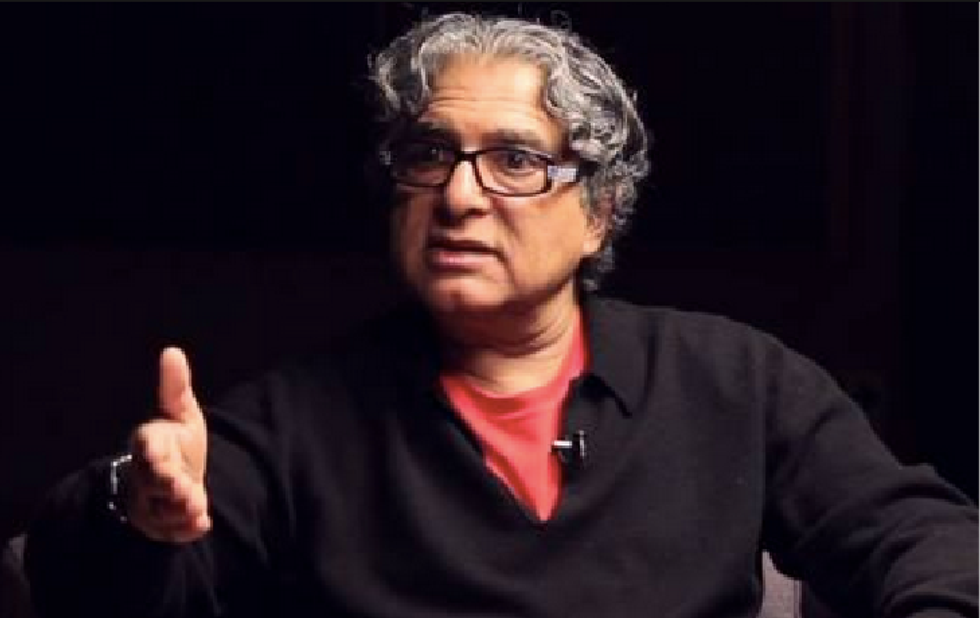 [image of Deepak Chopra via Facebook.com]

The exchange began with an innocuous tweet by Krauss in which he shared a picture of himself and Dawkins in Dublin's Trinity College library:

Chopra responded -- not just to Dawkins and Krauss, but to other noted atheists, scientists and skeptics including Sam Harris, Neil DeGrasse Tyson, and Michael Shermer:

. I don't have enough faith in molecules to be the source of intelligence @FalonQuick @LKrauss1 @RichardDawkins @SamHarrisOrg @neiltyson
— Deepak Chopra (@Deepak Chopra)1424872513.0

Which apparently upset Chopra, who responded vehemently, repeating assertions he made last year about his respondents' being "bamboozled by the superstition of materialism":

The next day, Krauss tweeted about a statement made at the conference by one of the two theologians in attendance:

And Chopra again replied in a somewhat random fashion:

If you are not totally surprised & bewildered by your existence & humbled into reverence & gratitude,your humanity is incomplete @LKrauss1
— Deepak Chopra (@Deepak Chopra)1425103176.0

Last year, Chopra was quoted in Tom Roston's book, The Quantum Prophets, as having said "with Dawkins, I am just pissed off. I am pissed off by his arrogance and his pretense of being a really good scientist. He is not."

When Roston said that such statements are out of character for someone who preaches about inner peace, Chopra replied, "I totally agree. It’s my last challenge. It may be a very strange psychological issue."

In light of this admission, it is less ironic that the day he started hounding Krauss, Dawkins, and the others, Chopra tweeted this: