Lobbyist claims Monsanto weed killer is safe to drink, then bolts when TV host offers him a glass 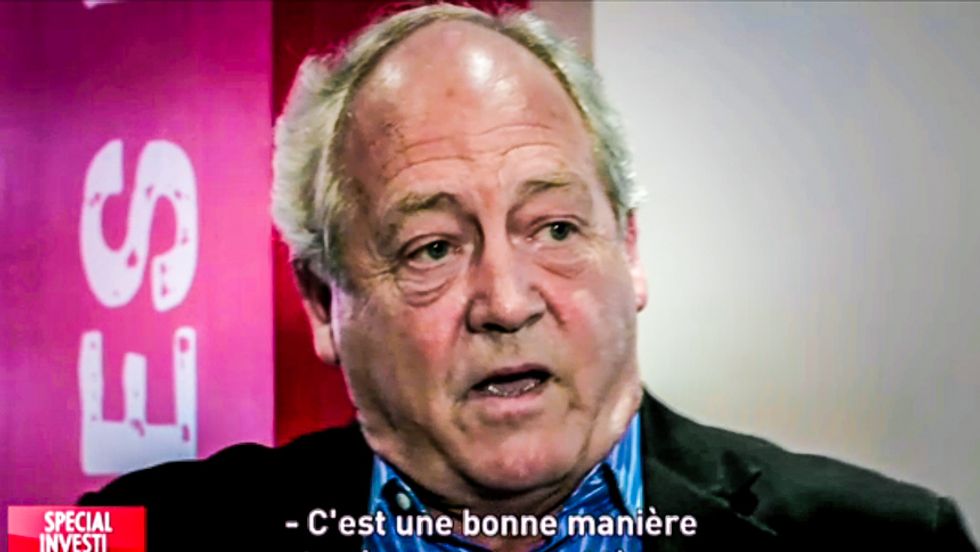 A controversial lobbyist who claimed that the chemical in Monsanto's Roundup weed killer was safe for humans refused to drink his own words when a French television journalist offered him a glass.

In a preview of an upcoming documentary on French TV, Dr. Patrick Moore tells a Canal+ interviewer that glyphosate, the active ingredient in Roundup herbicide, was not increasing the rate of cancer in Argentina.

"You can drink a whole quart of it and it won't hurt you," Moore insists.

"You want to drink some?" the interviewer asks. "We have some here."

"I'd be happy to, actually," Moore replies, adding, "Not really. But I know it wouldn't hurt me."

"If you say so, I have some," the interviewer presses.

"So, it's dangerous?" the interviewer concludes.

But Moore claims that Roundup is so safe that "people try to commit suicide" by drinking it, and they "fail regularly."

"Tell the truth, it's dangerous," the interviewer says.

"So, are you ready to drink one glass?" the interviewer continues to press.

"No, I'm not an idiot," Moore says defiantly. "Interview me about golden rice, that's what I'm talking about."

At that point, Moore declares that the "interview is finished."

"That's a good way to solve things," the interviewer quips.

"Jerk!" Moore grumbles as he storms off the set.

According to EcoWatch, Moore was an early member of Greenpeace before becoming a consultant for "the polluting companies that Greenpeace works to change: Big Oil, pesticides and GMO agribusiness, forestry, nuclear power … anyone who puts up the money for truth-benders who appear to carry scientific and environmental authority."

GMWatch noted that Moore has also recently used social media to cast doubt on the World Health Organisation's conclusion that glyphosate is a probable human carcinogen.

Watch the video below from Canal+.