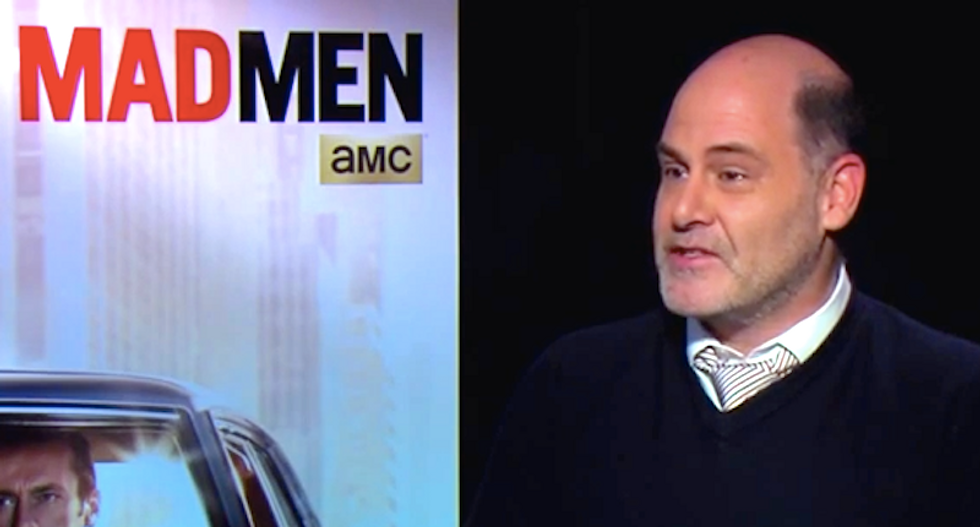 “Mad Men” creator Matthew Wiener said laws favoring the rich limit economic mobility, but he said it’s still possible for Americans to buy their way into power no matter what their background is.

“There is still tremendous prejudice, but there is still an idea that if you accumulate wealth you will be listened to,” Weiner told Bloomberg Business.

He said black Americans and Cambodian immigrants have gained influence in Los Angeles simply through their accumulation of wealth, but Weiner said white Anglo-Saxon protestants still held the keys to power.

“I think it was the ultimate aspiration,” Weiner said. “I think it still is actually -- male, female, black, white, gay, straight, anything -- is to become a white WASP male. That is the currency of power and success in the United States.”

Weiner said he sees examples of this aspiration echoed throughout popular and political culture.

“I see it when I see rap stars dressed in Ralph Lauren,” he said. “It's just like the accoutrement of the WASP heritage, whether it's Brooks Brothers or Lily Pulitzer, or Yachts, or Down East, or Newport -- whatever it is, it still has the sheen of success and power.”

“Even when people from the South go to the White House, this transformation happens,” Weiner continued. “It's just as close to the royal lineage of America, and you want to be part of that aristocracy. Because we do have, I think, an extremely socially mobile culture still, where accumulating wealth can put you at the top of power no matter what your background is, you then sort of want to make yourself acceptable. Those are the qualities, no matter how abstract they become, that we all value.”

However, Weiner said he agreed with the French economist Thomas Picketty that rising college tuition and laws protecting estates from taxation made it more difficult to buy into the ruling class.

"He confirmed what I thought, which is that legislation to protect inheritance in the last 50 years has kept certain people from even buying their way into power from accumulating wealth," Weiner said.