Nevada GOP lawmaker to 'colored' colleague: Racism is over because the president is black 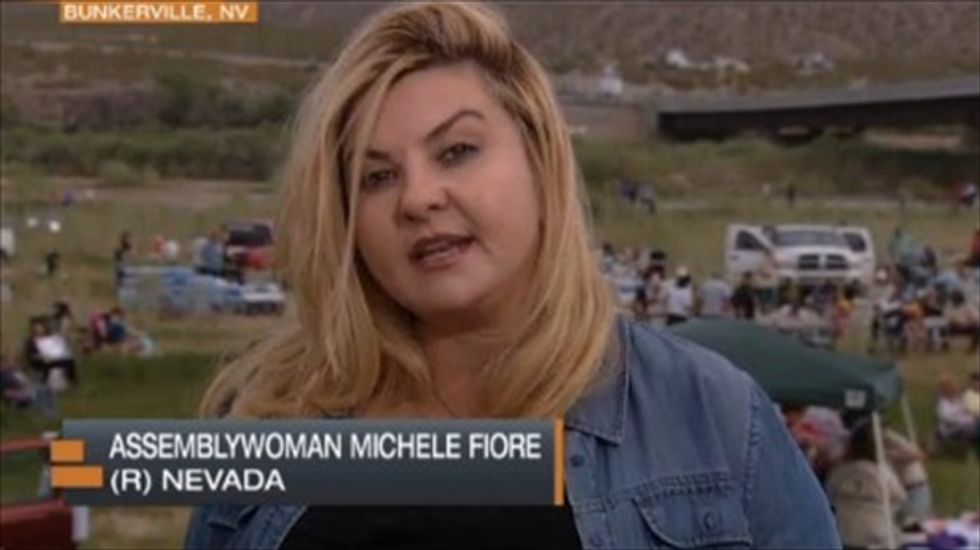 The Nevada state Assemblywoman who believes that cancer is a "fungus" that can be flushed from the body with saline solution has now said that she believes that racism in her state is a thing of the past.

According to the Las Vegas Review-Journal, State Assemblywoman Michelle Fiore (R) said that racism is over, now, so people of color should stop "using the race card" about voter ID laws and other Republican policies that unfairly impact people of color and the poor.

She also congratulated an African-American colleague for being the first "colored" person to graduate from his college.

Fiore is one of the cosponsors of a proposed voter ID law in Nevada which -- like all such laws -- has been predicted to have an adverse effect on voter turnout by blacks, the elderly and students, all traditionally Democratic voting blocs.

Addressing "peers that are concerned with color," Fiore went on to congratulate Democratic Assemblyman Harvey J. Munford -- an opponent of the voter ID law -- for being "the first colored man to graduate from his college."

"We're in 2015 and we have a black president, in case anyone didn't notice," she added. "So the color and the race issue, I think it's time that we put that to rest."

The term "colored" was popular in the U.S. and U.K. until the 1960s and 70s, but is now considered a racial slur because it presupposes that white is "normal" and anything else is "colored" and therefore "not normal."

As the nonprofit group Show Racism the Red Card says, "If we consider it, every human has a skin color, so technically we are all colored."

Fiore drew national scorn when she advocated simple saline and baking soda flushes as a cure for cancer, which she said is caused by "a fungus."

She has also advocated for women on college campuses to carry guns in order to prevent rape and, noted Josh Israel at Think Progress, "She was removed from her position as Republican Majority Leader in December over allegations of more than $1 million in tax liens."