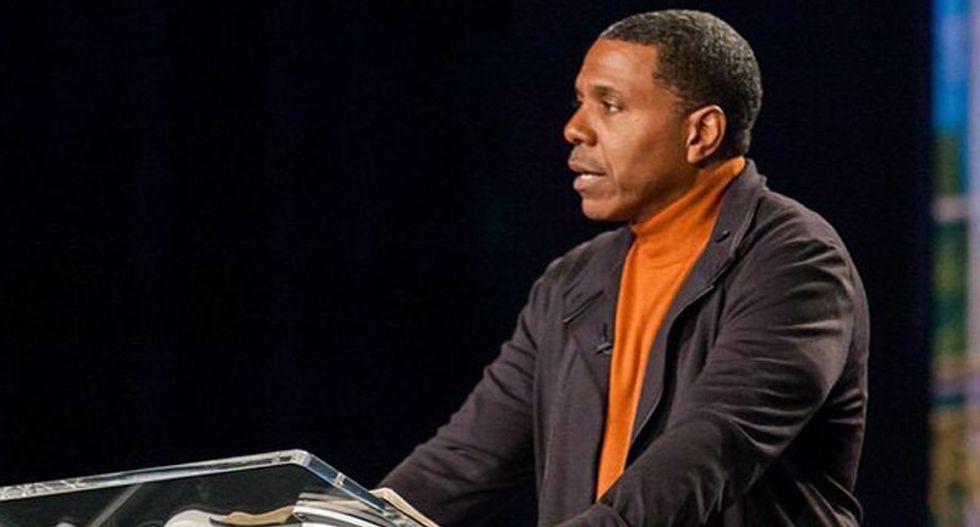 Faced with a huge social media backlash after appealing to his parishioners to buy him a brand new $65 million Gulfstream jet, the head of the Creflo Dollar Ministries has taken his "Project G650" donation page offline, reports WXIA.

Earlier in the week, Pastor Creflo Dollar encouraged 200,000 of his followers to donate $300 towards the purchase of a Gulfstream G650 to replace the 30-year-old Gulfstream jet he had been using until it was damaged in London during an aborted take-off.

"If all of our existing partners were to sow $300 each, from all over the world, we'd be able to acquire this jet in a very, very short period of time," explained spokesperson Rick Hayes on the fundraising video posted online.

Dollar came in for extensive criticism, with Kirsten West Savali of The Root pointing out that Dollar has a personal net worth of $27 million, “200 times more than the $29,640 average annual income in College Park, Georgia where he holds court.”

Dollar is the pastor of World Changers Church, International, a megachurch based in College Park, however the pastor and his family live in a $2.5 million mansion in upscale Sandy Springs.

The donations page appears to have been pulled late Friday, with old links going to blank pages.

Despite the disappearance of the specific Gulfstream crowd sourcing page, parishioners are still able to donate to Dollar via the ministry's donations page.

No accounting has been provided for the money donated towards the jet before the fundraising page was pulled.