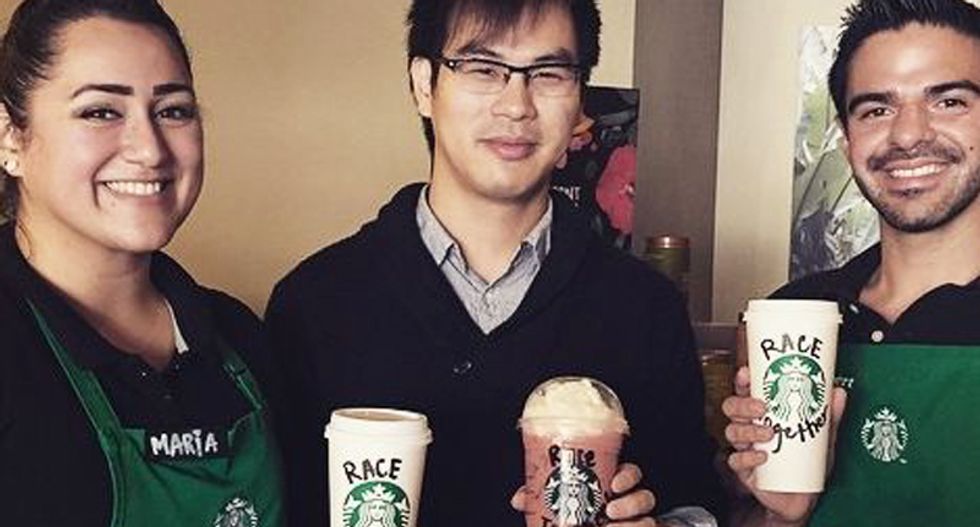 The CEO of coffeehouse mega-chain Starbucks today discontinued the much maligned #RaceTogether campaign he launched in an effort open a dialogue on race relations in The U.S.

According to Rolling Stone, CEO Howard Schultz ended the initiative, acknowledging it was not well received but worth the effort nonetheless.

In a memo distributed to company employees, Schultz wrote, "Our objective from the very start of this effort… was to stimulate conversation, empathy and compassion toward one another, and then to broaden that dialogue beyond just our Starbucks family to the greater American public by using our scale for good."

Schultz admitted that the initiative put his employees in a tough spot, saying, "While there has been criticism of the initiative – and I know this hasn't been easy for any of you – let me assure you that we didn't expect universal praise."

The CEO said it is time to move on, writing, "it is time for us to take stock of where we are, what we have learned from our efforts so far, and what is next."

The campaign encouraged the chain's baristas to engage customers in a conversation on race, while writing "Race together" on their coffee cups.

Instead the conversation turned to people expressing displeasure with the promotion and openly mocking it.

Corey duBrowa, Senior Vice President of Global Communications at Starbucks, received so much negative feedback on Twitter over the idea that he deleted his account, restoring it 24 hours alter, saying, "Last night I felt personally attacked in a cascade of negativity. I got overwhelmed by the volume and tenor of the discussion, and I reacted."

Mockery came in other ways, with a popular meme (seen below) making the rounds inviting customers to come in and "discuss your white privilege."