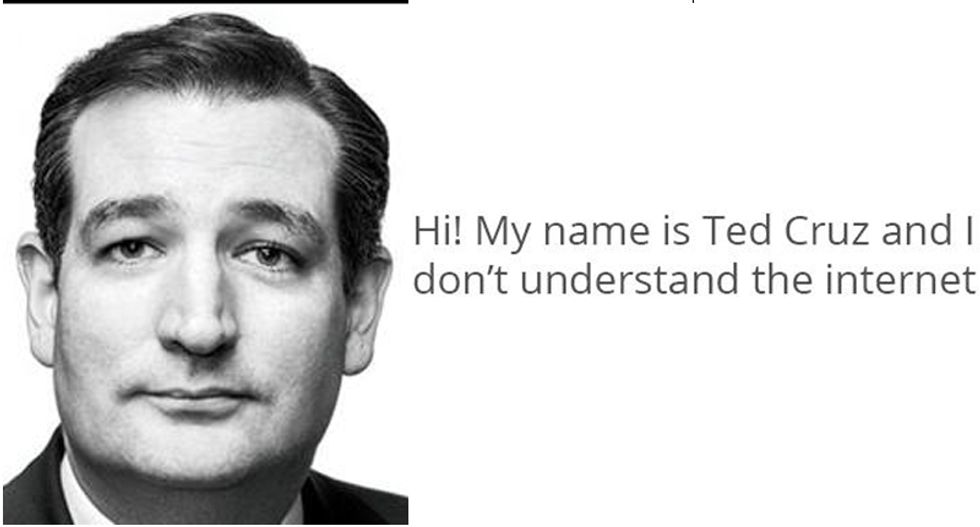 Following an announcement on Twitter, Texas Senator Ted Cruz (R) is expected to deliver some news "around midnight" tonight, and all eyes are turned towards Liberty University in Lynchburg, Va. where the divisive, but self-assured, lawmaker is to announce his entry into the 2016 GOP presidential field.

The New York Times is reporting Cruz decided to jump into the field now before potential opponents --  Gov. Scott Walker of Wisconsin and Kentucky Senator Rand Paul -- make their announcements.

According to Republican strategist Dave Carney, “There’s an advantage to being first. He’s now the only one running for president, instead of engaging in this Kabuki dance that the others are.”

Under the hashtag #TedCruzCampaignSlogans, Twitter was abuzz with suggested campaign  slogans, and artwork, calling attention to everything from famous Cruz quotes to references to his birthplace in Canada.

And then it was on:

#TedCruzCampaignSlogans The wisdom of Bush, the fearmongering of Cheney, the ideology of Rand Paul, and the face of the drama mask.
— Crutnacker (@Crutnacker)1427076647.0