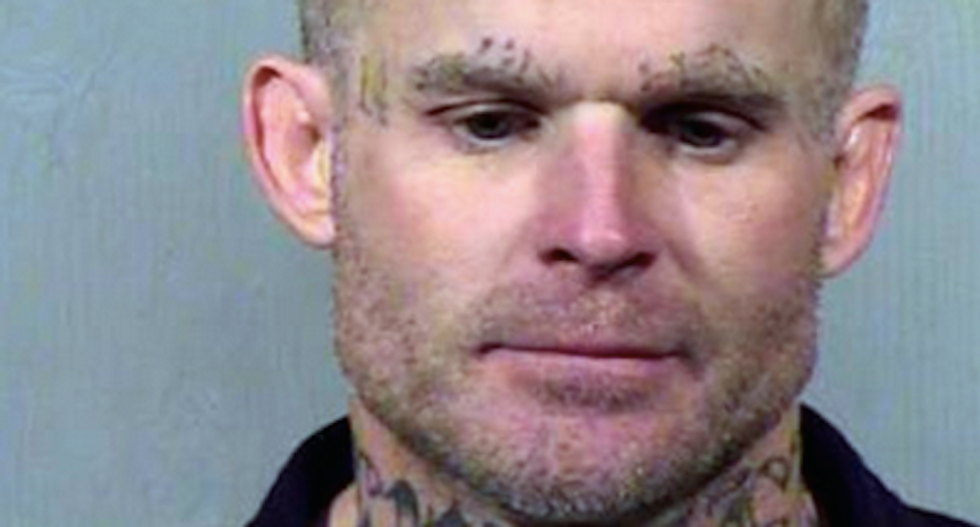 A gunman opened fire inside a motel room in the Phoenix suburb of Mesa on Wednesday, killing a man and wounding two women before shooting three more people as he sought to elude an exhaustive manhunt that ended in his capture, police said.

"At this time we believe he is responsible for each and every one of these shootings," Flores said. Police said the motive for the rampage was still unclear but that the initial gunfire erupted following an argument at the motel.

He said Giroux had been "asking for something in particular," but that police did not know if it was drugs.

Local NBC affiliate 12 News showed a man being led out of the residential complex in a white full-body suit, his wrists shackled, and taken to a local hospital.

"That is something investigators use if they’re going to be protecting his clothing for evidence," Flores said of the suit.

Giroux, of Mesa, "lives a transient lifestyle," he said.

A hospital official confirmed to Reuters that Giroux was treated at Banner Desert Medical Center in Mesa on Wednesday and released into police custody.

Flores said Giroux has "an extensive criminal background," but that police have not yet confirmed he has white supremacist ties.

Giroux was released from his latest of several stints in state prison in October 2013, after spending six years and three months behind bars for attempting to commit aggravated assault, state corrections department records show.

Wednesday's violence began at the Tri City Inn in Mesa when the gunman opened fire on a man and two women following some kind of altercation, then fled to a nearby restaurant where he shot and wounded a student while carjacking another person's vehicle, Flores said.

He then drove to two nearby apartment complexes, shooting one person at each, Flores said.

The man shot in the motel died, and one of the surviving victims was in critical condition at a Phoenix-area hospital as of Wednesday evening, police said.

Authorities did not immediately release information on the remaining victims.

Tanya Ehrig, who said her sister was present at the motel when gunfire erupted there, told local ABC 15 News that her sister's boyfriend was killed in that altercation.

"I seen this whole thing blocked off and I couldn’t get a hold of her. I couldn’t call her, I thought something was wrong with her. And she (later) told me that her boyfriend got shot and now he’s gone,” Ehrig said.

Arizona Governor Doug Ducey said in a statement he had spoken to the mayor of Mesa and offered resources, including from the Department of Public Safety.