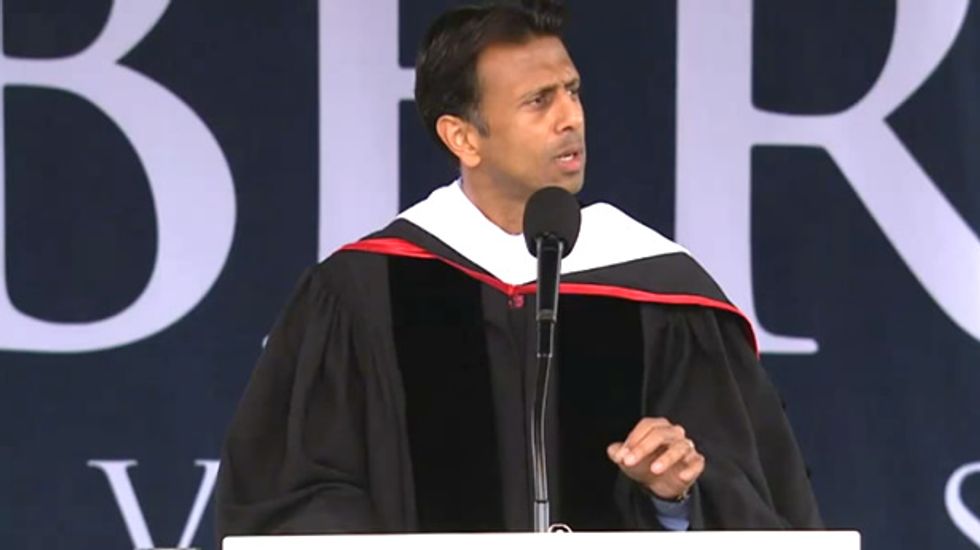 Louisiana State University (LSU) said this week that it had been forced to start planning for bankruptcy in response to Gov. Bobby Jindal's (R) budget. And it's just one of as many as 20 campuses that were starting the process.

LSU President and Chancellor F. King Alexander told The Times-Picayune that his administration had begun the process of declaring financial exigency -- which is essentially an academic bankruptcy -- after the state Legislature and Jindal's administration had failed to close a budget gap.

"We don't say that to scare people," Alexander explained. "Basically, it is how we are going to survive."

According to the paper, Moody's Investors Service has already downgraded the university's credit outlook, meaning that it would have to pay more to borrow money. It was also expected to make it more difficult to recruit staff.

"You'll never get any more faculty," Alexander pointed out.

Higher education officials said that 16 to 20 campuses were considering coordinating the filing of their financial exigency plans.