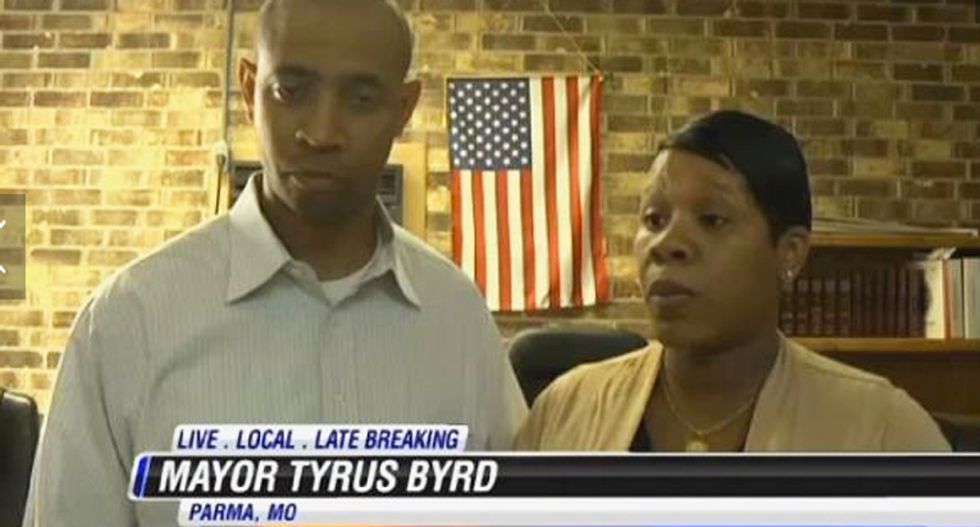 Former city clerk Tyus Byrd was sworn in as mayor of Parma, Missouri on Tuesday only to find out that police officers, as well as the city attorney and a water treatment supervisor, had resigned before she took office.

According to outgoing Mayor Randall Ramsey, who is stepping down after 37 years in town hall over two terms, the city employees gave no prior notice.

Residents of the town, some pointing out that the town was probably over-staffed with police, were unconcerned about their safety after the two full-time and three part-time officers quit.

"I think it was pretty dirty the way they all quit without giving her a chance," resident Martha Miller said. "But I don't think they hurt the town by quitting, because who needs six police for 740 people?"

Watch the video below from KFVS: