Chilling 911 audio: Pregnant woman uses last moments of life to save baby after boyfriend shoots her 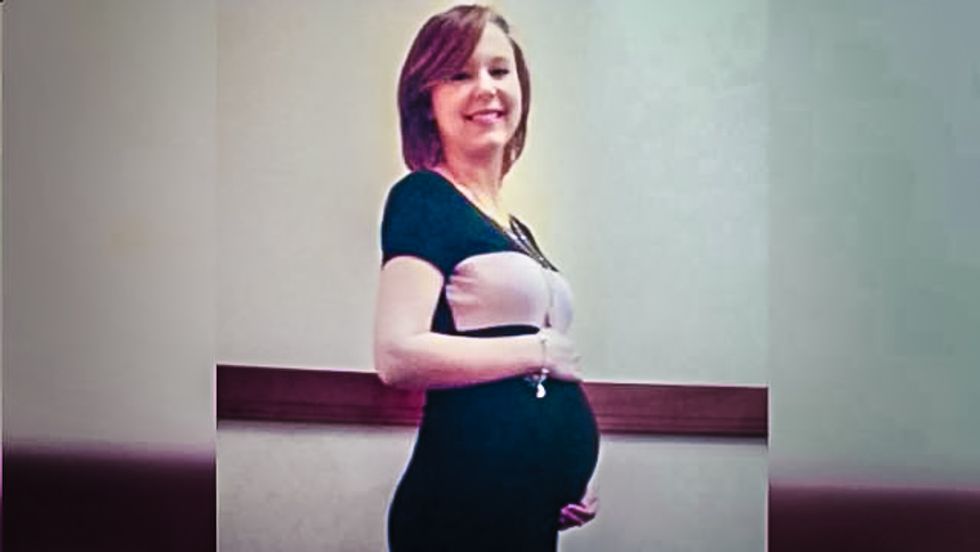 A pregnant North Carolina woman died over the weekend after being shot by her boyfriend -- but she managed to save her child in the final moments of her life.

In a Saturday night 911 call released by the Raleigh Police Department on Monday, 25-year-old Kimberly Dianne Richardson pleads for assistance.

"Help," she moans to the dispatcher. "I've been shot."

After identifying her location as the Party City at Triangle Town Mall, Richardson says she is no longer able to speak.

"He shot me," Richardson tells the dispatcher when she is asked what happened.

After several minutes of silence, sirens can be heard on the 911 call, according to WNCN.

Emergency responders determined that Richardson was 6 months pregnant. She was transported to WakeMed, where doctors were able to perform an emergency cesarean section to save the life of her daughter.

Richardson, however, did not survive.

Her boyfriend, Daniel Joseph Steele, was identified by police as the shooter. He was arrested later at his home. Police had not released a motive for the murder.

Paige Bragdon, who met Richardson at church, told WRAL that her friend was a person of deep faith.

"She was really, really happy (about being pregnant)," Bragdon recalled. "Really, really happy. I sent her a text the day before she went to find out the sex of the baby and told her how happy I was for her and how excited I am."

Bragdon said that she wanted to "focus more on who she was as a person and how much she pursued the Lord" than the circumstances of the shooting.

"The good that came out of that baby and how much the Lord protected that baby," she added.

Watch the video below from WNCN.