Church defends pastor accused of rape: We've got to answer to nobody but God 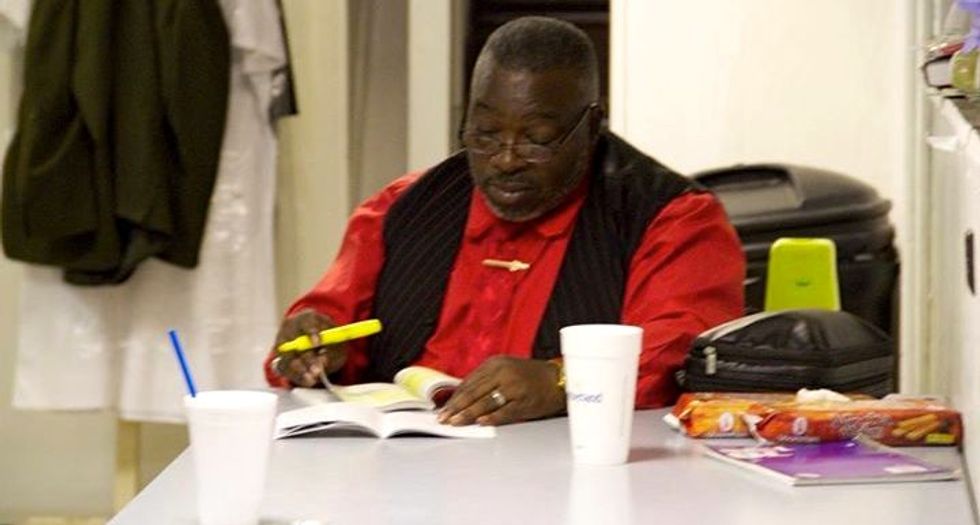 A church in New Jersey is standing by its pastor after he was accused of sexually assaulting a 21-year-old woman for several years, starting when she was 17.

Pastor James E. Simmons Jr., 64, of New Life in Christ Ministries turned himself in to authorities last week after he was charged with sexual assault, criminal sexual contact and endangering the welfare of a child.

Church elder Freddie Alexander told an applauding congregation on Sunday that the accusations against the pastor were the work of Satan.

"If Satan knew what he was doing to New Life, he wouldn't have done it. Because what Satan don't know, what he turn around and did is made New Life get closer... now, because of what Satan has done, he is bringing [us] together."

The elder warned Satan not to "mess with" the church, and denied the allegations against Simmons.

"We love our pastor," Alexander said. "They can say what they want. And I hope I get on YouTube, and I tell you this here. I love my pastor. I love God first, but I love my pastor, and I trust him. And I know that I know him, deep from part of my heart. In the pit of my heart, I know we're going to be exonerated. When our time comes, you will know."

"Think what you want," he added. "We're going to trust God. We've got to answer to nobody but God."

Alexander said Simmons had a "Godly heart" because he was praying for the woman who accused him of sex crimes.

"He helped people. He loves people," Alexander said of Simmons. "And because of who he loves, Satan's trying to get him -- and us, too. But it ain't happening."