Cops have been shooting people in the back for years and lying about it, veteran attorney claims 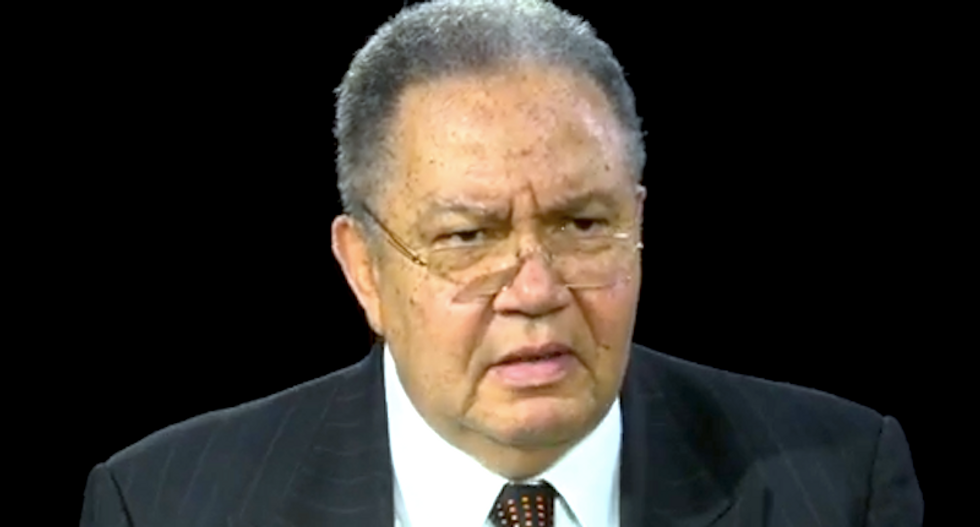 Police officers routinely shoot fleeing suspects in the back and lie about it afterward, said one veteran attorney -- but video recordings are finally forcing Americans to notice.

Civil rights attorney A. Dwight Pettit has successfully tried dozens of cases of police brutality, including several cases where officers shot his clients in the back, reported The Real News.

“What we're seeing are the things that I have argued -- and other lawyers, civil rights lawyers -- have argued for years, and people just looked at us in disbelief -- that it could not be happening the way that you're presenting it,” Pettit said.

But the ready availability of cell phone video allows police misconduct to be documented more credibly than eyewitness claims, the attorney said.

“Through the ability of these things to be taped and to see them on television the next day, people are being shocked across the nation,” Pettit said.

“It's the same defense -- we know what the defense is going to be,” Pettit said. “The police officer's going to say that, ‘I thought he was reaching,’ or, ‘I saw something that looked like a weapon, and so therefore, I was in apprehension of bodily injury or death, and so I reacted instantly.’”

He said those claims nearly always help officers escape prosecution in the fatal shootings of unarmed suspects – even when eyewitness accounts contradict police.

Pettit recalled one case he tried a decade ago where police shot a handcuffed suspect in the head.

“I'll never forget it,” he said. “One of the witnesses on the stand, when I took her deposition, she said, ‘Mr. Pettit,’ she said, ‘I saw it. I was standing in my porch, on my porch in my doorway, (and) I saw them shoot him in the back of the head.’ She said, ‘I turned to run for the telephone to call the police, and all of a sudden it dawned on me -- it was the police.’ I mean, horrific.”

Pettit said he agreed with the first-degree murder charge filed against former North Charleston Police Officer Michael T. Slager, who gunned down 50-year-old Walter Scott as he fled from a traffic stop.

“I say murder in the first degree because the police officer has the opportunity to premeditate and to formulate the intent to take this young man's life, and so that's the elements of murder,” Pettit said.

The attorney said the video would deny Slager self-defense as a motive for the shooting.

“In this instance, he's running away (and) he's shot in the back,” Pettit said. “(The) officer sees no weapon, makes no allegation of a weapon. There's no abrupt turn or reaching or what have you, so it is clearly, clearly a murder in the first degree.”