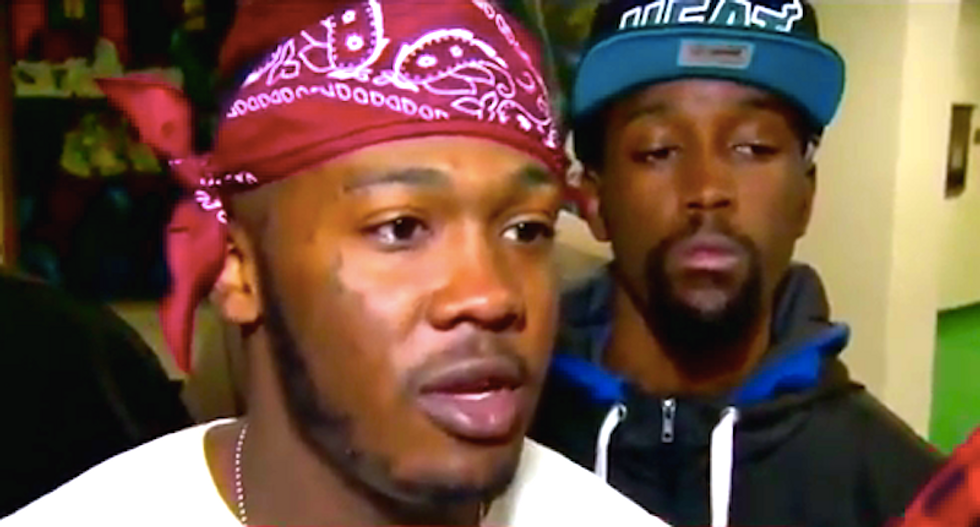 Gang members denied reports that they had teamed up with their rivals to “take out” police officers in Baltimore – where violence erupted following the funeral of a black man who died in police custody.

The city’s police department issued a warning Monday afternoon, shortly after after the funeral of Freddie Gray, that rival gangs intended to kill “all white police officers.”

"The Criminal Intelligence Unit received credible information that members of various gangs including the Black Guerilla Family, Bloods, and Crips have entered into a partnership to 'take out' law enforcement officers,” police said in a statement.

But self-identified gang members, some of whom had been involved in peaceful protests over the weekend, told local media that no such agreements had been made.

"We want to tell the people of the city right now, of Baltimore City, that the image that they're trying to portray of the gangs in Baltimore -- The BGF, The Bloods, The Crips -- we did not make that truce to harm cops,” one gang member told WBAL-TV.

“We did not come together against the cops,” he said. “We're not about to allow you all to paint this picture of us. We got soldiers out here right now that are dirty -- we dirty. They threw bombs at us to try and stop what's going on right now. You all are not about to do that to us.”

Other gang members said they had agreed to a cease fire to take part in demonstrations over the weekend against police brutality alongside the Nation of Islam.

“I can say with honesty those brothers demonstrated they can be united for a common good,” said Carlos Muhammad, a Nation of Islam minister. “At the rally, they made the call that they must be united on that day. It should be commended.”

A gang member said they want justice for Gray, whose spine was severed earlier this month while in police custody.

Another gang member told the TV station he had been trying to stop people from damaging property, but he said police had inflamed the situation.

"We've been out here all day trying to prevent people from breaking the stores, (but) they hit us with a bomb, they burned my shirt, they ripped it and we were still standing right there, but we came right back there holding hands together and we march together, we're still holding strong, and we want them to stop hurting us so we can just live our life and keep going," another gang member said.