Gay hotel owners face boycott after hosting reception for Ted Cruz: 'What were you guys thinking? 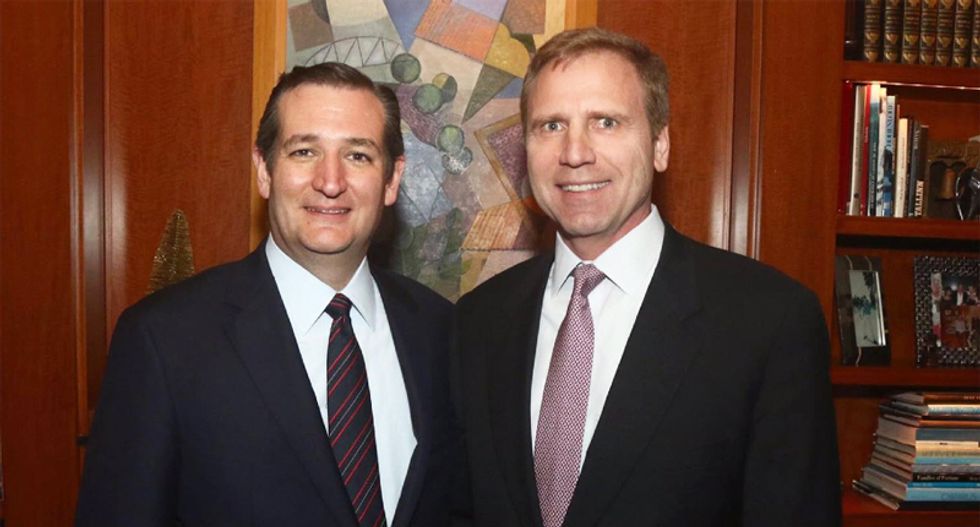 Two gay New York hotel owners who hosted a reception for Texas Senator Ted Cruz this week are faced with their properties being boycotted by gays furious over their dalliance with the controversial conservative senator.

Ian Reisner and Mati Weiderpass, longtime business partners who were once a couple, held what was described in the New York Times as "a dinner and fireside chat,” for Cruz Monday night, despite the senator's virulent opposition to gay marriage.

Cruz recently filed legislation to establish a constitutional amendment shielding states that define marriage as between one woman and one man from legal action, in addition to a second bill that would bar federal courts from ruling on the marriage issue until the amendment is adopted.

The Supreme Court is expected to weigh in on the issue in June.

In the wake of the highly publicized face to face with Cruz, a Facebook page was created calling for a boycott of the OUT NYC hotel, XL nightclub, and a string of rental properties that are part of a commercial strip in Fire Island Pines owned by the two.

One commenter on the page cut to the chase, asking the hotel owners: "What were you guys thinking?"

On his Facebook page, Reisner defended the meeting with Cruz, saying he recently held a fundraiser for potential 2016 presidential nominee Hillary Clinton.

Reisner also wrote, "Senator Ted Cruz and I disagree strongly on the issue of gay marriage, but having an open dialogue with those who have differing political opinions is a part of what this country was founded on. My tireless support of the gay community and its causes worldwide hasn't changed and will not change."

A Facebook post by Mati Weiderpass, also defending the meeting Cruz, was removed with no explanation given. Weiderpass is still featuring a photo of himself with Cruz on the page.

Regardless, calls for a boycott have spread across social media. "We are in the process of organizing an event," the creators of the Facebook page remarked.