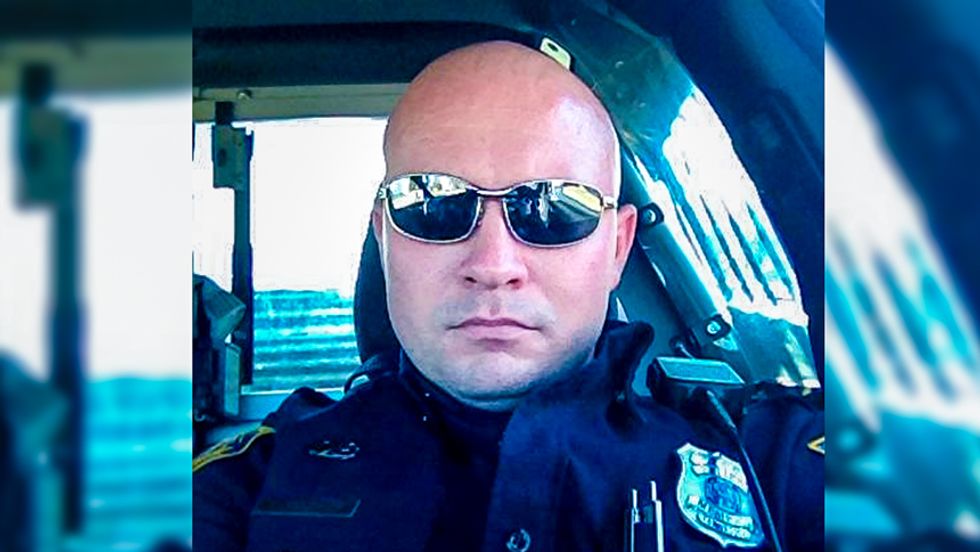 A Tennessee police officer was relieved of duty and charged with assault after authorities said that he threatened to shoot his wife's car, and assault the owners of a home where she was staying.

After the woman who lived at the home came outside and asked Fulcher to leave, he reportedly placed his hand on his pistol. When the woman's boyfriend came outside, he observed Fulcher remove his pistol and point it at the wife's car.

At that point, the officer threatened to shoot his wife's car if she did not come home, the arrest report said.

Fulcher's wife refused to come outside, and he left. But the next day, Fulcher began sending text messages that included photos of items that he was burning at their home.

“I know she is still there, let her know the chairs, TV’s and entertainment center are all coming up next," one of the text messages read. The arrest report said that Fulcher sent other messages threatening to assault the couple if his wife did not come home.

Fulcher's wife filed a formal complaint on Tuesday. He was charged with two counts of aggravated assault and was being held in jail in lieu of $50,000 bond. He was also placed on paid administrative leave by the Memphis Police Department.